Home About Newsletter Categories Donate
Baby bloggers focusing on consumer issues, housing, and the holidays
What going to happen in the economy in 2015? 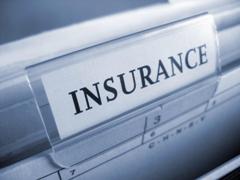 Claims made by a previous owner can increase how much you pay for homeowner’s insurance.

Only 17 percent of Americans are aware that insurance companies can penalize homeowners for prior owners’ claims, according to an insuranceQuotes.com report.

Denied claims can cause car and homeowner’s insurance rates to rise, too. This is also true of potential claims that were never filed but were discussed with an insurance agent. The survey shows that 84 percent of Americans think this practice is unfair.

Claims are stored for seven years a Comprehensive Loss Underwriting Exchange or C.L.U.E. report that all insurance carriers can access. insuranceQuotes.com found that only 8 percent of Americans are familiar with C.L.U.E. reports.

“Most consumers are shocked to hear that denied claims, never-filed claims, and claims made by a previous homeowner can raise their insurance costs,” said Laura Adams, insuranceQuotes.com’s senior analyst.

Adams said prospective homebuyers should ask the seller for a copy of the property’s C.L.U.E. report before making an offer.

“Unfortunately, we found that only 10 percent of homeowners have done this,” she said.

Adams also advises consumers to be careful when filing claims or discussing potential claims with their agents.

The survey was conducted by Princeton Survey Research Associates International.