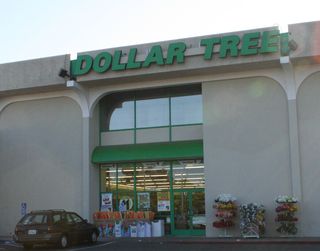 Top retailers of holiday decorations continue to sell seasonal items that contain hazardous chemicals, according to a study.

Researchers found that two thirds of these products have one or more hazardous chemicals that have been linked to serious health threats.

The study is an update of 2012 and 2013 research by HealthyStuff.org, a project of the Ecology Center, an environmental advocacy organization.

It found high levels of level hazardous chemical in light strings, holiday garland, and other decorations. The products were purchased from Walgreens, Kroger, Lowe’s, Walmart, Target, and Dollar Tree.

Products were tested for substances that have been linked to asthma, birth defects, learning disabilities, reproductive problems, liver toxicity, and cancer. Hazardous chemical can be released into the air and dust or onto the skin when handling products.

“We’ve been testing and finding similar problems with these products since 2012,” said Jeff Gearhart, the center’s chief researcher. “Most retailers have been slow to react and continue [to] sell these products.”

Environmental and public health advocates with the Mind the Store Campaign have called for the nation’s largest retailers to work with suppliers to eliminate these hazards and develop safer substitute chemicals for these products.

“Parents shouldn’t have to worry that their holiday decorations may contain toxic chemicals,” said Mike Schade, Mind the Store campaign director for Safer Chemicals, Healthy Families. “Big retailers should get these hidden hazards out of holiday decorations, once and for all.”

Don’t allow children or adults to put small holiday ornaments in their mouths.

Wash your hands after handling the holiday light strings.

Vacuum and dust frequently to reduce levels of dust with the hazardous chemicals found in the study.