Home About Newsletter Categories Donate
My predictions for consumers for 2015
Recall of the Week: Olympia Mountain Products tealight wax warmers due to fire and burn hazards 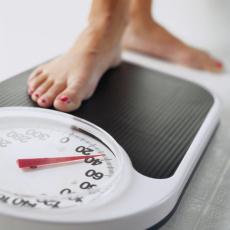 Since it’s early in the New Year, many Americans are making New Year’s resolutions and starting a new diet or exercise program.

But, a new survey from Consumer Reports finds that as many as one in four consumers try to shortcut the process with the use of weight-loss supplements.

The survey shows consumer confusion about the safety and effectiveness of these products with 20 percent of respondents saying they thought that the U.S. Food and Drug Administration tests and guarantees the safety and effectiveness of supplements. However, the FDA regulates supplements like foods is regulated – they’re generally considered safe unless shown not to be.

In addition to the survey on weight-loss supplements, which can be found online at www.ConsumerReports.org, the February issue of Consumer Reports magazine features ratings of treadmills and ellipticals. Its review found that many have added features that make them almost as good as having a personal trainer. The magazine also can be found at libraries and newsstands.

Many of the models allow users to individualize their workouts, making the best machines more motivating to their users, Consumer Reports said. Sixty-four percent of those who exercise regularly choose to do so at home, according to market research firm Mintel.

Research shows the key to success to weight loss is finding a diet and exercise regime people can stick with. As part of the exercise equipment ratings, Consumer Reports evaluated equipment costs, ergonomics, construction, ease of use, exercise range, and user safety as well as the latest high-tech tools to achieve fitness goals.