Recall of the Week: Pro Performance Sports all-position resistance trainers due to risk of severe injury 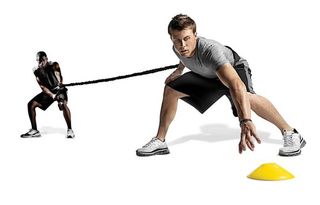 The firm has received three reports of the weld on the resistance trainer breaking and resulting in serious injuries, including blunt trauma to a lower leg, a puncture wound, and a laceration.

This recall involves the SKLZ recoil 360 all-position resistance trainers, which is a leash-type device that provides resistance during exercise.

The resistance trainer consists of a belt, an 8-foot flexible cord attachment leash, a safety handle, and a storage bag. “SKLZ” followed by an arrow is printed on the belt.

Belts with the arrow before the “SKLZ” aren’t included in this recall.