Wendy’s no longer offers soda on its children’s menus 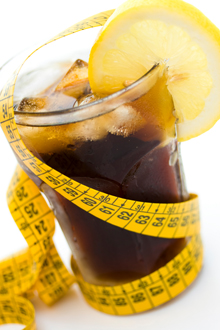 Wendy's has agreed to remove sugary soda from its children's menus.

The move, which is already in effect, was hailed by MomsRising.org, the Interfaith Center on Corporate Responsibility, and the Center for Science in the Public Interest, all of which have been urging the chain to improve the nutritional quality of its kids' meals by removing soda from the kids menu.

McDonald's agreed in 2013 to drop soda from its Happy Meal menus. McDonald's policy goes into effect this year, leaving Burger King as the only big three burger chain still with soda in meals specifically intended for children. Subway, Chipotle, Arby's, and Panera also don't include soda as the default option in their kids' meals.

The groups say that soda isn't an appropriate beverage choice for children, given that sugary drinks contribute to diabetes, heart disease, obesity, tooth decay, and other health problems in children and adults.

Drinking just one additional sugary drink every day increases a child's odds of becoming obese by 60 percent, according to research published in The Lancet.

"While parents bear most of the responsibility for feeding their children well, restaurant chains also need to do their part," said CSPI senior nutrition policy counsel Jessica Almy. "Restaurants should not be setting parents up for a fight by bundling soda with meal options designed for kids. Wendy's is taking a responsible step forward that will improve children's health and make it easier for parents to make healthy choices for their children. We hope Burger King, Applebee's, IHOP, and other chains follow suit."

Last year, the Interfaith Center on Corporate Responsibility, a shareholder coalition that promotes improved corporate practices on social and environmental issues, filed a resolution with the company. However, ICCR withdrew it when Wendy's agreed to consider removing sodas from its kids menu and limiting the marketing of unhealthy foods to children.

Besides removing soda from children's menus and advertising, Wendy's could further improve its menus for children and adults by serving whole grain rolls, offering more fruit and vegetable options, reducing sodium across the menu, and dropping Frostys from the children's menu, the groups say.

The groups also have urged Wendy's to adopt a comprehensive policy to limit the marketing of unhealthy food to children and join the Children's Food and Beverage Advertising Initiative, a self-regulatory program administered by the Council of Better Business Bureaus.