Home About Newsletter Categories Donate
Superfish software on your Lenovo notebook? Take it off
Recall of the Week: Costco convertible hand trucks due to injury hazard 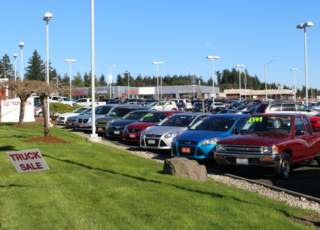 Consumer Reports recommends buying used cars as a way for consumers to get the biggest bang for their buck. However, picking out a good used car isn’t easy.

It has compiled a list of reliable, affordable, and safe used cars for model years 2005 through 2014 to help consumers find the best small car, sedan, or SUV.

Highlighted are the best small cars, sedans, and SUVs in four price ranges: from $10,000 or less up to $25,000. Each performed well in Consumer Reports’ testing when new and had above-average reliability for the model years shown, based on Consumer Reports’ Annual Auto Survey. All models came standard with electronic stability control unless otherwise noted.

“There are so many safe and reliable used cars for buyers to choose from no matter what they plan on spending,” said Mark Rechtin, Consumer Reports’ cars content development team leader. “We’ve made it easy for shoppers to narrow down their search of which models to consider.”

Used cars for every budget

Here are some of models that earned a spot on Consumer Reports’ 2015 list of the best used cars and comments on the cars by the organization:

Small car: The Mazda3 s 2008 with available ESC, has everything most want in a small car: reliability, fuel efficiency, a fun-to-drive attitude, and an interior that feels upscale for the price.

Sedan: The slick-handling Acura TL 2005 allows buyers to stick to their budget and still get a reliable luxury car.

Small car: The boxy, yet stylish Kia Soul 2010-12 has tons of features for a small car and an expansive cargo space, making it a smart choice for recent grads.

SUV: The Toyota Highlander V6 2005-07 has rock-solid reliability and a family-friendly, seven-passenger interior, in a parking lot friendly size.

Small car: The Toyota Prius 2010-13 has always proved that consumers don’t have to give up space or ride comfort to get stellar gas mileage, and the 2010 model brought a quieter engine and standard electronic stability control.

SUV: The Lexus RX 2006-08 is the go-to upscale SUV for used-car buyers, with its reliability, plush seats, and luxury ride. The hybrid version offers that plus 23 mpg overall.

Sedan: The Toyota Camry Hybrid 2012-13 has a composed ride, responsive handling, and a class-leading 38 mpg.

SUV: The Nissan Murano 2011-12 has long been one of Consumer Reports’ favorite SUVs with secure handling and a rich interior.

The worst of the worst used cars

The Consumer Reports “Worst of the Worst” used cars list includes 2005 to 2014 models that have had multiple years of much-worse-than-average overall reliability, according to Consumer Reports’ Annual Auto Survey.

For more information on used cars, get a copy of Consumer Reports’ Annual Auto Issue, which is available on newsstands or in libraries or visit the 2015 Autos Spotlight page on ConsumerReports.org.

I think the price determine the model and of course the year.!