Facts and figures for Valentine’s Day 2015 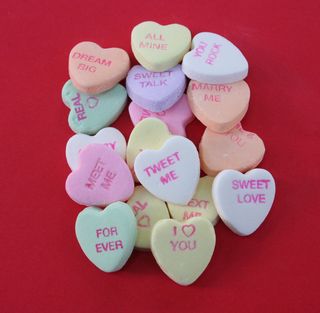 The average person celebrating Valentine’s Day will spend $142.31 on candy, flowers, apparel and more, up from $133.91 last year, according to a survey conducted for National Retail Federation.

While just more than half plan to buy candy for the holiday, spending $1.7 billion, one in five plans to buy jewelry for a total of $4.8 billion, the highest amount since the federation began tracking spending on Valentine’s gifts in 2010.

In addition, 37.8 percent will buy flowers, spending $2.1 billion, and more than one-third will spend money for a special night out, including movies and restaurants, totaling $3.6 billion. Celebrants will also spend nearly $2 billion on clothing and $1.5 billion on gift cards.

The survey found nine in 10 plan to treat their significant others/spouses to something special for the holiday, with plans to spend an average of $87.94 on them, up from $78.09 last year. In addition, 58.7 percent will spend an average of $26.26 on other family members and $6.30 on children’s classmates/teachers.

A record one in five say they’ll include pets in their Valentine’s Day plans, looking to spend $5.28 on average – which is a total of $703 million in spending on pets.

Facts and figures on people

Median age at first marriage in 2013 for men and women.

The overall percentage of people 15 and older who reported being married.

Percentage of people 15 and older in 2013 who had been married at some point in their lives — either currently or formerly.

The rate of marriages per 1,000 people performed in Nevada during 2011. So many couples tie the knot in the Silver State that it ranked number one nationally in marriage rates. Hawaii ranked second with a marriage rate of 17.6.

Median length, in years, of first marriages that ended in divorce.

The median time in years between divorce and a second marriage for men and women.

Among people 15 and older in 2009, the percentage of men and women who had married twice and were still married.

Best wishes on Valentine's Day. I hope you have a great celebration.