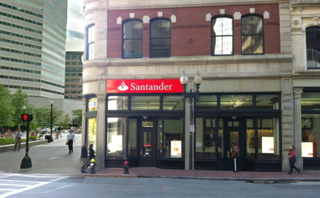 Santander Bank has agreed to adopt new policies for use of its ChexSystems, a consumer-reporting agency that screens people who want to open checking or savings accounts.

Screenings by ChexSystems and other consumer-reporting agencies, used by most of the nation’s banks, have negatively affected lower-income applicants and forced them to turn to high-cost alternative financial services such as check-cashing outlets, Schneiderman said.

With Friday’s agreement, Santander joins Capital One and Citibank as the third bank to agree to overhaul its use of ChexSystems. The three banks operate more than 2,800 branches nationwide.

Santander will continue to screen customers for past fraud, but it will largely eliminate its so-called “account-abuse” screening so that applicants aren’t rejected for isolated or minor banking errors, such as paid debts or a small overcharge, he said. The changes to Santander’s policies are expected to take effect on Sept. 30 and will be carried out nationwide.

In addition, Santander will pay $500,000 to publicize the goals of this agreement in low-to-moderate income neighborhoods in New York.