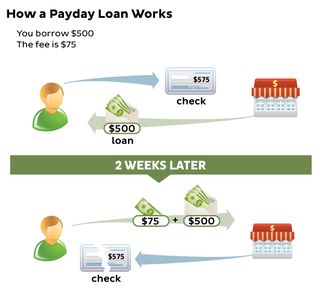 The Consumer Financial Protection Bureau announced Thursday it’s considering rules that would end payday loan debt traps by requiring lenders to take steps to make sure consumers can repay their loans. The proposals would also restrict lenders from attempting to collect payment from consumers’ bank accounts in ways that rack up excessive fees.

The consumer protections would also apply to auto title and installment lenders, business that have sprung up in states that have attempted to regulate payday lending.

“Today we are taking an important step toward ending the debt traps that plague millions of consumers across the country,” said Richard Cordray, director of the bureau. “Too many short-term and longer-term loans are made based on a lender’s ability to collect and not on a borrower’s ability to repay.”

The bureau is publishing an outline of the proposals Thursday before getting feedback from a Small Business Review Panel of small lenders, the first step in a long rule making process.

The proposals, the first attempt by a federal agency to regulate payday loans, cover both short-term and longer-term loans that are often marketed heavily to financially vulnerable consumers.

The bureau is concerned that the practices often associated with these loans – such as failure to offer affordable payments, repeatedly refinancing loans, holding a security interest in a vehicle as collateral, accessing the consumer’s account for payment, and performing costly withdrawal attempts – can trap consumers in debt, Corday said. These debt traps also can leave consumers vulnerable to deposit account fees and closures, vehicle repossession, and other financial difficulties.

However, some consumer groups say the bureau’s plan falls short.

Under its proposals, lenders can avoid determining if their borrowers can repay the loan by putting added safety measures on the loan. The principal can decrease with each loan, or, after the third loan, borrowers can pay back what they owe without accumulating further fees.

“Despite the strong fundamentals of the CFPB’s approach, loopholes would permit some unaffordable high-cost loans to stay on the market,” Lauren Saunders, an associate director at the National Consumer Law Center, said in a Washington Post article. “The CFPB has taken an ‘either/or’ approach: ‘prevention or protection.’ But borrowers need both.”

The payday loan industry, which is objecting strongly to the bureau proposals, has been successful in getting around state laws that have tried to regulate its loans.

The bureau, established following the Great Recession to halt financial abuses, doesn’t have the authority to cap interest rates on payday loans.

The bureau’s research has found that four out of five payday loans are rolled over or renewed within two weeks. For many borrowers, what starts out as a short-term, emergency loan turns into an unaffordable, long-term debt trap.

In addition to getting feedback from the Small Business Review Panel, the bureau will continue to seek input from stakeholders. After it issues its proposed regulations, the public will be invited to submit written comments.