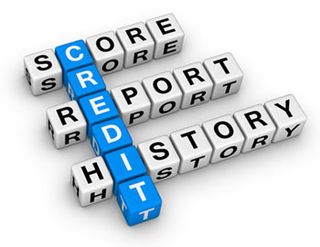 The nation’s three leading credit reporting agencies, which keep records on more than 200 million consumers, have agreed to overhaul their practices for fixing errors and the treatment of medical debt on consumers’ reports.

“Credit reports touch every part of our lives,” Schneiderman said. “They affect whether we can obtain a credit card, take out a college loan, rent an apartment, or buy a car – and sometimes even whether we can get jobs.

The nation’s largest reporting agencies have a responsibility to investigate and correct errors on consumers’ credit reports, he said.

“This agreement will reform the entire industry and provide vital protections for millions of consumers across the country,” Schneiderman said.

The credit information compiled by the credit reporting agencies comes from “data furnishers” such as banks and collection agencies. The agencies provide credit reports to companies who assign a rating, or “credit score,” that is used to determine whether to grant credit and the cost of credit.

Credit report errors can occur due to identity theft or fraud, or when the agencies’ match information provided by furnishers to consumer’s credit files.

The attorney general’s settlement requires the agencies to carry out reforms to increase protections for consumers, over a three-year period:

Consumers can challenge inaccurate information in their credit report filing a “dispute” with the agencies. Schneiderman’s investigation showed that in some cases the agencies use an automated process that reduces consumers’ disputes to a three-digit code and submits the code and documentation to the creditor. If the creditor verifies the challenged information, the agencies reject the consumer’s dispute without conducting a further investigation.

The agreement requires that the agencies use trained employees to review documents submitted by consumers for disputes on mixed files, fraud, or identity theft. The agreement also requires that, for all categories of disputes, when a creditor verifies a disputed credit item through the automated dispute resolution system, the agency won’t automatically reject the consumer’s dispute.

More half of collection items on credit reports are medical debts. Medical debts often result from insurance-coverage delays or disputes.

3. The visibility of AnnualCreditReport.com

The agreement prohibits the agencies from including debts from lenders who have been identified by the New York Attorney General’s Office as operating in violation of the state’s lending laws on New York consumers’ credit reports.

The agreement requires the agencies to create a National Credit Reporting Working Group to develop a set of practices and policies to enhance the agencies’ furnisher monitoring and data accuracy. Each agency will carry policies to monitor furnishers’ performance and take corrective action against furnishers that don’t comply with their obligations.

The agreement requires the agencies to carry out a consumer education campaign in New York through public service announcements and paid ads on television, radio, print media, and online.