Baby boomer bloggers discuss the fate of the earth 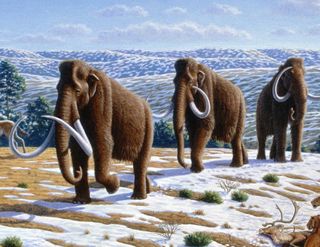 Tom Sightings of Sightings From Sixty is the host for this week’s Best of Boomer Blogs #401.

As Sightings surveyed the baby boomer blogs this week, he wondered whether it would be possible for the earth to retire from its job of supporting over 7 billion humans.

One blogger wrote about her vacation to San Miguel de Allende, Mexico. She visited pyramids near there that were constructed between 400 and 1000 A.D. by people who preceded the Aztecs. They wandered for centuries, carrying the remains of an ancient king, and finally buried them there.

Other bloggers wrote about returning to nature by building a solar home in rural Colorado and sliding into retirement by right sizing into a semi-retirement.

On my blog, I wrote about Steward Brand, a conservationist, who recommends bringing back the passenger pigeon and wooly mammoth to help natural areas recover in the new era of climate change.

Sightings closes his boomer blog roundup by saying we should appreciate the natural world, reduce our impact on the globe, and try to relieve some of the stress we put on the environment. Then, he said, we can all live together in a world that's not a hot, steaming garbage pit, but a beautiful garden that offers a place for all of us, and where even wooly mammoths can carve out some space for themselves on this land called earth.