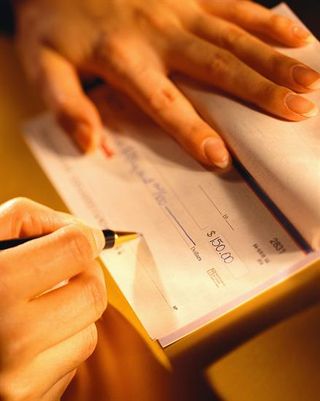 A federal agency is taking enforcement action against a nationwide debt collection company and its chief executive officer for using threats of criminal prosecution and jail time to intimidate consumers into paying debts for bounced checks.

The bureau is asking a federal court to end the company’s illegal activities, impose a $50,000 penalty, and require new consumer disclosures and stronger oversight of the bounced check program.

In addition to National, the bureau’s proposed order names Victim Services and American Justice Solutions, companies that purchased the contracts and assets of National and took over its operation during the bureau’s investigation.

State and district attorneys’ offices often offer diversion programs to people accused of writing bad checks as a way for them to avoid criminal prosecution. Many programs are run by companies that contract with the offices to collect bounced check debt.

Under the law, a company operating a program can’t contact a consumer about the program until a prosecutor’s office has reviewed the case and determined the consumer is eligible. The law also requires these companies to inform consumers of certain rights, including their right to dispute allegations of bad check violations.

The bureau alleges that National deceived consumers by sending them notices on prosecutors’ letterheads and creating the false impression that consumers may be prosecuted for writing bounced checks. However, the letters went to consumers before any district attorney had determined prosecution was likely.

Consumers were told that to qualify for the diversion program and avoid prosecution they must pay the bounced check debts as well as enroll in the company’s financial education class for about $200. This was often several times the amount of the bad check debt.