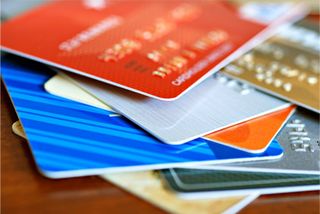 You choose the dollar amount to put on the card, and as you spend, your purchases are deducted from the total balance. When the balance gets low, you can reload with more money.

Once mainly for low-income people who couldn’t get a bank account, they’re now being used by young people on a budget, parents of college kids as an alternative to credit cards, and consumers who don’t want to deal with banks, such as those tired of overdraft fees.

Now they're the fastest growing payment method. Americans spent about $37 billion on prepaid debit cards last year – double the amount from 2009, according to the Network Branded Prepaid Card Association.

However, prepaid debit cards come with fees. If you use them or are thinking about trying them, be sure to compare prices.

All 31 prepaid debit cards Bankrate.com recently surveyed charge a fee, but the type of fees, amounts, and ability to avoid the fees can vary widely.

Monthly service fees, activation fees, and fees for calling customer service have declined over the past year. But fees involving the ATM, just as with bank accounts, are on the rise.

The cost for withdrawals, balance inquiries, and declined transactions at the ATM are more likely to have increased than decreased in the past year.

“Many of the higher fee cards seen in the past have been marginalized or even discontinued, while the newer entrants often have more transparent fee structures and in many cases, avoidable fees,” said Greg McBride, chief financial analyst for Bankrate.com.