Haven’t filed your income taxes? Either do it or file for an extension 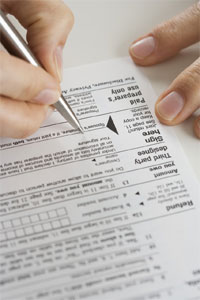 I’ve been on vacation and didn’t get home until April 10.

Busy before I left in March working on my photos, I didn’t get my income taxes done.

I thought about filing an extension, but I read that you need to estimate your taxes if you think you need to pay. Since the income from my writing business varies, I wasn’t sure what to do. You can be fined if you underpay.

When I got home, I put in my TurboTax disk. I used TurboTax for the first time last year. It worked O.K., but caused me some problems because several of the categories were different to ones I’d used before. I didn’t notice that until near the end of my preparation. I had to refigure some categories.

However, a huge glitch occurred with TurboTax 2014. It said the 2014 disk wasn’t compatible with my iMac version. I was shocked and upset. I read the fine print, which said I could upgrade to Yosemite for free on the Apple website.

Fortunately, a page popped up that showed reviews of Yosemite. Most were negative. I was especially concerned about the comments that Yosemite gives you a new feature called Photos, which replaces iPhoto. It’s where the Apple stores your photos.

One commenter said it took him two hours to convert to Yosemite. I have 100,000 photos in iPhoto on my computer, so I wondered how long that would take. And, most reviewers said they hated the features of the new Photo feature.

So, I figured my income taxes with pencil and paper, then took them to the AARP service at the library to be checked. A good thing. I made a huge math error.

So I filed my taxes Monday. I feel lucky, that in my jet lagged state, I was able to get them done.

For information on filing for an extension today, see The Washington Post article “It’s Tax Day. You Haven’t Filed. Should You Freak out?” for suggestions.