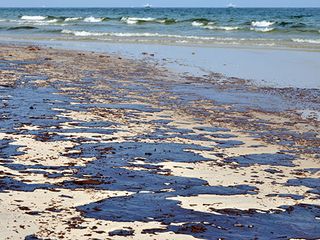 When news of the British Petroleum oil spill occurred, I wondered about the effects of a chemical that was being touted at the time as being highly effective in dispersing the toxins.

On April 20, 2010, more than 200 million gallons of oil was spilled into the Gulf of Mexico. Eleven oil rig workers died, and thousands of birds, marine mammals, fish, and shellfish have been harmed or killed. The damage to these species continues.

The dispersants that were sprayed into the Gulf’s waters didn’t reduce the amount of oil left in the ocean. They just broke it up into smaller particles.

Now, new research from the University of Alabama at Birmingham suggests that Corexit EC9500A, an oil-dispersal agent widely used following the Deepwater Horizon oil spill, contributes to damage in the lungs of humans and gills of marine life.

The study, published in PLOS ONE on April 2, looked at epithelium cells – the cells lining the airways of humans and the gills of some marine species, specifically zebrafish and blue crabs.

In the Deepwater Horizon spill, which spilled crude oil from a well head blow-out for three months, 1.84 million gallons of Corexit EC9500A was sprayed on the water or applied below the surface.

“There were some 48,000 workers involved in the cleanup operations, and it is possible that workers were exposed to Corexit via inhalation,” said Veena Antony, M.D., professor in the Division of Pulmonary, Allergy and Critical Care Medicine and senior author of the paper. “Cough, shortness of breath, and sputum production were among symptoms expressed by workers.”

The thin layer of epithelium cells provides a barrier to environmental hazards. Inflammation of these cells can damage the layer, causing an increase in chemicals that go through the barrier and get into the airway. Swelling of the airway with a reduction in airflow also can occur.

The study also identified an enzyme that comes from epithelial cells that has protective properties against Corexit-induced damage.

“Unfortunately, the likelihood of another oil spill is high, and the need to use dispersal agents will remain,” Antony said.

She said enhancing the enzyme may offer a therapeutic approach for treating dispersant-induced injury.

The UAB study is one of many being done as the fifth anniversary of the Deepwater Horizon oil spill approaches.

BP is critical of the UAB study calling it a laboratory study focused not on whether dispersants had an impact in the Gulf, but on how a respiratory effect could occur and how any such effect could be counteracted, according to an article in The Washington Post.

The oil giant is also disparaging other studies that say damage to the gulf is continuing.

BP recently released its own study, which it says is based on scientific studies that government agencies, academic institutions, BP, and others conducted as part of the spill response, the ongoing Natural Resource Damage Assessment process, or independent research.

BP’s report says that in the five years since the oil spill, scientific data and studies are showing that the gulf environment is returning to its baseline condition and that the damage occurred and that impacts from the spill largely occurred in the spring and summer of 2010.