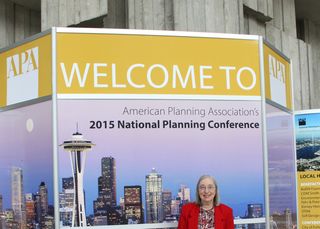 Before I became a blogger, I worked as a planner for the state of Washington.

When I read that the American Planning Association would be holding its national convention in Seattle, I signed up.

I wanted to see what planners are saying about preparing for the huge numbers of baby boomers, now ages 51 to 69, who are retiring.

Here’s what planners had to offer on boomer issues at the recent conference:

Aging in place vs. long-term care in institutions

Planners are big supporters of aging in place, and it’s something they can impact through plans and zoning.

Planners at the conference called for age friendly neighborhoods, with better transportation and more stores, mother-in-law apartments, and parks.

Several mentioned volunteer groups that help older adults with home and yard maintenance, shopping, and other support. See the Village to Village Network website for details on where these groups are located and how to start one.

Planning for an aging community 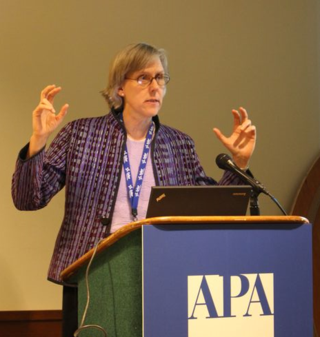 If you plan for the very young and the very old, the results will be O.K. for other age groups, said Mildred Warner, professor in Cornell University’s Department of City and Regional Planning.

Warner said most children and older people live in rural areas and suburbs. These areas lag behind in mother-in-law apartments, mixed-use, childcare, sidewalks, transit, and service delivery, according to a survey of more than 1,400 city managers.

She suggests joint programming, such as providing meals for seniors at schools and allowing them to ride school buses.

Shutting down neighborhood schools, Warner said, is the wrong approach. 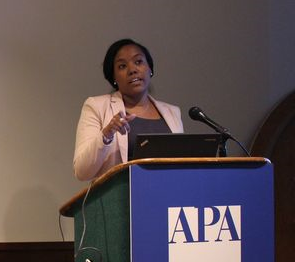 Another speaker, Aldea Douglas, project manager for AARP’s Livable Communities Team, said 70 percent of older adults want to age in place, with 80 percent saying they also want to stay in their current community.

The services they want include a bus stop, grocery store, park, and pharmacy.

She offered as good examples of planning: Prince George County, which has some community centers located in or next to schools and the Village to Village Networks in places such as Boston, Virginia, and Washington, D.C.

Open spaces for an aging population 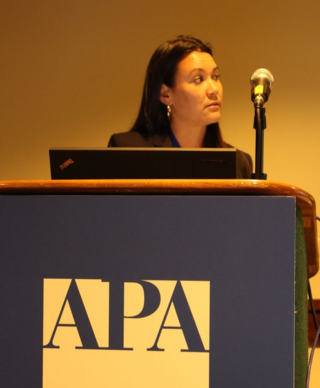 Lia Marshall, a graduate student in gerontology at the University of California at Los Angeles, said older adults have different needs as park users: a place for watching, manageable distances for walking, and programs that draw them.

Marshall said parks need to be designed to address concerns older adults have: fear of falling, such as uneven ground; visibility, including bushes that could hide attackers; other park users such as children and youth who may be running or jostling walkers; and too much sun or rain, which can be addressed by adding coverings to protect users from the weather. 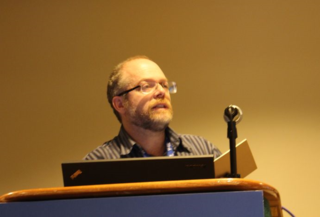 Ramps, railings, benches with arm rests, round flower beds with raised curbs, universal design, shades to protect from the weather, and water features are among the components of his designs. 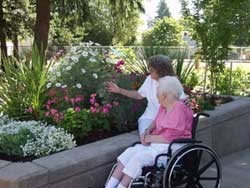 Bainnson, who designed the just completed Portland Memorial Garden, said it was designed so that older adults with memory disorders can wander through the looped walkway.

He said his therapeutic gardens are designed for everyone and work well for older adults.

The special needs of woman

In another panel discussion, Warner said planners have a gender bias. She said they need to look at the needs of older adults through a gender sensitive lens.

Warner said women – who live longer, are caregivers, and have less money – are the sandwich generation, taking care of their parents and children or grandchildren.

She said the components of planning should be common vision, shared services, planning across generations, and inclusive design.

Shared services – where older adults are assisted with home and yard maintenance, shopping, and other support – allow them to remain in their homes to age.

Warner is co-author, with graduate student Amanda Micklow, of the article, “Not Your Mother’s Suburb: Remaking Communities for a More Diverse Population.” It argues for zoning changes, more density, removal of restrictive family definitions, and experiments with new types of service delivery.

A panel of boomer planners, well known in the field, discussed how they found their next calling.

Margo Wheeler, former planning director for the city of Las Vegas, described how she was able get into teaching without having a Ph.D. She taught an online course in planning and is now teaching introduction to planning courses at Northern Arizona University.

Wheeler said boomers should be: open to learning, a reader, courageous, and enthusiastic. 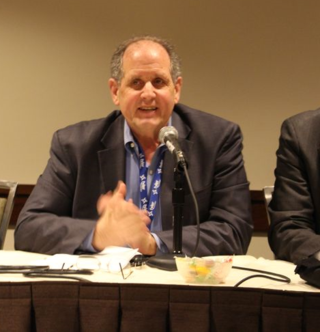 Richard Barth, who was planning director for the city of New York for 27 years, tried consulting after he left the city, but it didn’t feel right. Now, he’s working for a company that helps nonprofits build affordable housing.

Gail Goldberg, former planning director for the cities of San Diego and Los Angeles, was reluctant when asked to be the executive director of the Urban Land Institute, Los Angeles District. She said she’d do the job for six months, but found the work enjoyable and has served four years.

How boomers work with younger generations

Boomers, who make up 31.4 percent of the workplace, have now been surpassed by in numbers by millennials, at 34.5 percent. Gen Xs make up 31.8 percent and traditionalists 2.3 percent.

A panel of planners said conflict can occur in the workplace due to generational differences. Boomers think a yearly evaluation is adequate while millennials like constant feedback. For communication, traditionalists want to write a memo, boomers say call anytime, Gen Xers request calls only during work hours, and millennials text.

Many planners throughout the country are taking into account the baby boomer age wave, or as some at the conference called it a paradigm shift, in developing community plans and zoning.

Boomers need to contact their local governments and see how they can become involved in developing these planning efforts, which are important to their aging well.