Recall of the Week: Trek bicycles equipped with front disc brakes due to crash hazard 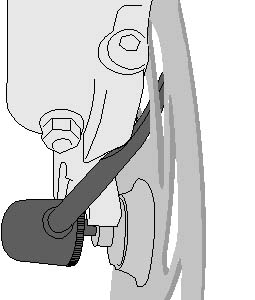 Trek bicycles is recalling about 900,000 bicycles equipped with front disc brakes in the United States and 98,000 in Canada.

An open quick release lever on the bicycle’s front wheel hub can come into contact with the front disc brake assembly, causing the front wheel to stop suddenly or separate from the bicycle, posing a risk of injury to the rider, the company and U.S. Consumer Product Safety Commission said.

Trek has reported three incidents. One resulted in quadriplegia, a second one facial injuries, and a third a fractured wrist.

This recall involves all models of Trek bicycles from model years 2000 through 2015 equipped with front disc brakes and a black or silver quick release lever on the front wheel hub that opens far enough to contact the disc brake.

Bicycles with front quick release levers that don’t open a full 180 degrees from the closed position aren’t included in this recall.

Consumers should stop using the bicycles immediately and contact an authorized Trek retailer for free installation of a new quick release on the front wheel, the company and commission said.

Trek also will provide each owner who participates in the recall with a $20 coupon that is redeemable by Dec. 31 toward any Bontrager merchandise.

For more information on other recalls, see www.recalls.gov.