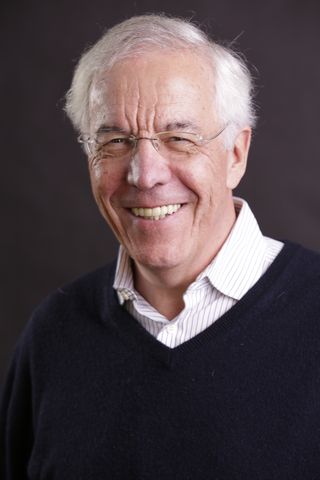 By Brendan Hare, retired attorney and author of “From Working to Wisdom: The Adventures and Dreams of Older Americans”

Ageism stands as one of the last widely acceptable social prejudices. Everyone, it seems, indulges in it, even the most conscientious among us.

We’ve developed a whole vocabulary to express such prejudices: Are you having a senior moment? You can do all that by yourself? You’re so youthful. How inspiring, for someone your age. I guess they’re right, “80 is the new 40.”

On one side, older people languish, mistreated and misunderstood, viewed less as persons than as types. On the other side, younger people lose access to a vast store of wisdom and experience, and are tempted to live as if old age is something that only happens to other people.

It’s impossible to measure how much society loses by tolerating prejudice against the old. But for seniors, the consequences are troublingly apparent.

Seniors are told that they’re infirm and obsolete, and feel pressure to accept this view of themselves, with negative consequences for their mental and physical health.

One study reported that seniors who harbored negative views about old age faced life expectancies that were, on average, seven and a half years shorter than those of their peers. This is staggering when we consider how ubiquitous ageism is: in one study, 70 percent of seniors surveyed reported that they had experienced ageism.

Our society has tacitly segregated itself by age. In most cases, we’re educated with people who were born in the same year as we were and spend our working lives with people who are only a decade or two older or younger than us.

When it comes time to retire – and there’s a socially acceptable age for that as well – many of us flee to sunny places, to be closer to our peers in the 60-plus set.

Consider: If you’re young, do you have a friend or acquaintance outside your family who is over 70? If you’re old, who do know under 30?

Nothing stays the same for long.

I’m happy to predict that ageism will soon be washed away by the fast approaching “silver tsunami.” During the next two decades, the number of Americans over 65 will double to about 80 million.

Thanks to remarkable advances in medicine and technology, we can look forward to better health and longer life expectancies. We’re primed to live long and live well, and to serve as the standard-bearers of an idea whose time has come: ageism, in all its forms, is unacceptable.

More than this, we have a chance to demonstrate that it’s possible, even natural, to lead vibrant, engaged lives well into old age. Indeed, it’s our responsibility to do so, and not only for ourselves.

We owe it to the youngsters to show them how it’s done. After all, with any luck, one day they’ll get to be old too.