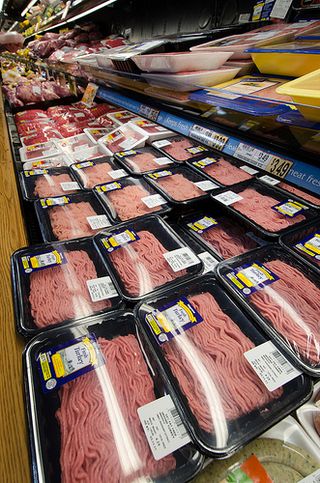 An analysis of the U.S. Department of Agriculture’s meat and poultry safety program released Tuesday found that while the program has resulted in benefits, progress is being hindered by program gaps and a legal challenge.

The program, the Pathogen Reduction/Hazard Analysis and Critical Control Points, was created following the 1993 outbreak of E. coli O157:H7. Illnesses and deaths were linked to undercooked hamburgers sold at Jack in the Box restaurants in the Northwestern United States.

The PR/HACCP regulation, which went into effect in 1998, requires meat and poultry plants to develop food safety systems in which plants take steps to identify and prevent contamination.

The Consumer Federation of America’s report, “The Promise and Problems of HACCP: A Review of USDA’s Approach to Meat and Poultry Safety” looks at the history of USDA’s efforts to carry out the PR/HACCP regulation and identifies gaps which are hindering the ability of the regulation to protect consumers.


The report cites two examples of ongoing problems, which haven’t been adequately addressed in the 17 years since the regulation took effect:

These gaps continue to occur and have often been identified in the wake of large, nationwide foodborne illness outbreaks, but the problems haven’t been adequately addressed, said Chris Waldrop, director of the Food Policy Institute at the federation.

The report also identifies how a court case brought against the USDA by meat processor Supreme Beef in 1999 is hindered how the USDA enforces its food safety regulations. The court case, Supreme Beef v USDA, limited the ability of the agency to enforce its regulations, effectively barring the government from shutting down a plant which fails to meet safety standards for Salmonella.

Consumer groups have argued since that Congress should provide the USDA with authority to set and enforce food safety performance standards, he said.

“USDA needs to provide better assurance that plants are reducing contamination of meat and poultry products and that the agency is effectively enforcing its regulations,” said Waldrop. “Enforceable standards would allow the agency to take decisive action when a problem is first identified rather than after an outbreak has already occurred.”