Facts and figures for Father’s Day 2015 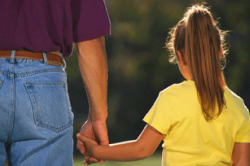 Father’s Day is coming up soon. What are your plans? Will you be able to spend time with your dad? Have you decided on a card or gift?

What are Americans buying for their dads this year?

Spending for Father’s Day is expected to reach $12.7 billion for golf lessons, home improvement tools, coffee mugs, and other gifts.

The average person will spend $115.57 on gifts, about the same as last year’s $113.80, according to a survey conducted for the National Retail Federation. The survey found 75 percent of Americans said they plan to celebrate Father’s Day.

On gifts for dad, four in 10 will purchase apparel items such as a new dress shirt or necktie and will spend a total $1.7 billion. Another 43.3 percent will buy experience gifts, such as tickets to a ballgame or eating out with the family, spending a total of $2.6 billion.

The survey also found that one in five shoppers will pick out new gadgets for dad such as a tablet or smartphone, totaling $1.6 billion. In addition, four in 10 gift buyers will choose to let dad pick his own present by purchasing a gift card, spending a total of $1.8 billion.

Six in 10 consumers will give dad a greeting card and will spend a total of more than $777 million.

Who are America’s fathers?

The U.S. Census Bureau offers the following facts on fathers”

Estimated number of fathers in America in 2008, the most recent year for which data are available.

Number of fathers who were part of married-couple families with children younger than 18 in 2014.

Number of single fathers in 2014; 16 percent of single parents were men.

Estimated number of stay-at-home dads in 2014. These fathers cared for about 420,000 children.

In spring 2011, the percentage of preschoolers regularly cared for by their father during their mother's working hours.

Amount of child support received by custodial fathers in 2011; they were due $3.7 billion. Custodial mothers received $19.5 billion of the $31.7 billion in support that was due.

Percentage of custodial fathers who received all child support that was due in 2011;  custodial mothers received 43.6 percent.

Percentage of custodial fathers receiving noncash support, such as gifts or coverage of expenses, on behalf of their children. The amount for mothers was 55 percent.