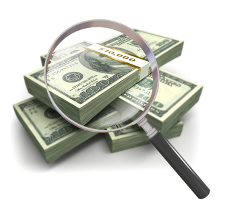 JP Morgan Chase Bank will modify its procedures for screening consumers who apply for checking accounts so more consumers will be able to open accounts, under an agreement with the New York Attorney General’s Office.

Chase, which offers the option of a prepaid debit card known as the Liquid Card to consumers who don’t qualify for a checking account, will also allow those consumers to pay bills online or have Chase mail checks for them at no additional charge, Attorney General Eric T. Schneiderman said Tuesday.

These changes will allow card users to pay their rent, utilities, and other bills without having to use high-cost alternative financial services such check-cashing outlets and money transmitters.

“It is critical that low-income Americans – and New Yorkers in particular – have access to mainstream banking services,” said Schneiderman. “These new actions on the part of Chase Bank will help expand access to low-cost financial services for consumers across the state.”

The changes by Chase are part of an initiative launched by the attorney general in 2013 to expand access to banking for low-income consumers.

In earlier agreements with the Attorney General’s Office, three big banks – Citibank, Capital One, and Santander – agreed to overhaul their use of ChexSystems, a consumer-reporting agency that screens people seeking to open checking or savings accounts.

As a result, many consumers must use alternative banking services to carry out basic financial transactions such as cashing payroll checks and paying bills – services that cost them hundreds, even thousands of dollars every year in extra fees.

Studies show that more than three million New York households don’t have bank accounts or they have a bank account but also rely on high-cost alternative financial services.

Chase uses a consumer-reporting agency called Early Warning Systems to screen consumers who apply for checking accounts. As a result of the attorney general’s initiative, Chase has modified its screening procedures to expand access to checking accounts for consumers who have resolved or paid off prior accounts that were overdrawn or who were unable to pay back their prior accounts because of a previous bankruptcy.

Chase will make changes to the Liquid Card by the fourth quarter of 2015.