Recall of the Week: Millions more Takata airbags inflators due to possible injuries from exploding pieces of metal 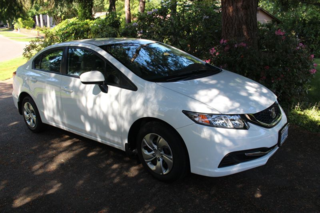 About two weeks ago, I wrote about more Hondas, Nissans, and Toyota’s being recalled due to faulty airbag inflators.

If a crash occurs and the air bag is deployed, the inflator could rupture with metal fragments striking and possibly seriously injuring the passenger occupants, the National Highway Traffic Safety Administration said. Or, the air bag could deploy abnormally increasing the risk of injury to the passengers.

I’d called to see if my 2002 Honda Accord was in an earlier recall of airbag inflators on the passenger side. I was relieved to find it wasn’t.

However, I thought I’d call again to see if my car was included in this round. Unfortunately, it was.

I asked for a rental car. The service representative said in a condescending voice that one would be provided “if I didn’t feel safe.” I said yes, I wanted a rental car. I checked to see if the dealership was going to pay for it. He said yes.

I got the rental car on Tuesday. On Saturday, I received a call that the repair had been made to the airbag on the driver’s side.

Now, Takata is announcing that millions more cars are being recalled. They include:

Call your dealer to see if your car is included in this latest recall expansion. Also, you can go to Recalls Spotlight on SaferCar.gov for information.