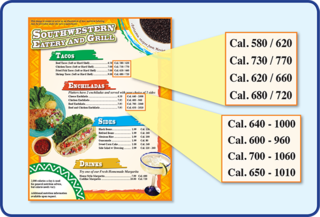 The U.S. Food and Drug Administration is delaying its requirement on menu labeling, adding information on the calorie content of food to menus, until Dec. 1, 2016.

Since the FDA issued the menu labeling final rule on Dec. 1, 2014, the agency has had extensive dialogue with chain restaurants, covered grocery stores and other covered businesses, and answered numerous questions on how the rule can be implemented in specific situations.

Industry, trade, and other associations, including the grocery industry, have asked for an additional year to comply with the menu labeling final rule, beyond the original December 2015 compliance date. The FDA agrees additional time is necessary for the agency to provide further clarifying guidance to help facilitate efficient compliance across all covered businesses and for covered establishments to come into compliance with the final rule.

The FDA is extending the compliance date for the menu labeling rule to Dec. 1, 2016, for those covered by the rule.

Marion Nestle, professor in the Department of Nutrition, Food Studies, and Public Health at New York University, said the FDA caved in to industry lobbying pressures. Nestle was quoted in The New York Times as saying:

This is a huge victory for the restaurant lobbyists. Food companies must be hoping that if they can delay menu labeling long enough, it will just go away.

The Affordable Care Act made menu labeling a national requirement in 2010. The Supreme Court affirmed that law in 2012.

Nestle said on her blog that the seemingly endless delays look like successful lobbying at the expense of consumers and public health.

The pizza industry, one of the chief lobbying groups on this issue, is pleased by the decision, she said.

Menu labels inform the public about the number of calories in the foods they’re buying.

The ferocity of lobbying on this idea suggests that restaurant companies would rather you did not have this information, Nestle said.