Home About Newsletter Categories Donate
Baby boomer bloggers write about what’s on their mind as summer draws to a close
Health-care research funded by Coke not credible, says consumer group 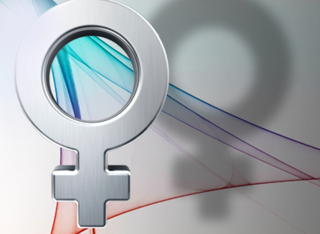 On Wednesday, the U.S. Food and Drug Administration approved Flibanserin, to be sold as Addyi, to treat low sexual desire in women.

“Today’s approval provides women distressed by their low sexual desire with an approved treatment option,” said Janet Woodcock, M.D., director of the FDA’s Center for Drug Evaluation and Research. “The FDA strives to protect and advance the health of women, and we are committed to supporting the development of safe and effective treatments for female sexual dysfunction.”

Because of a potentially serious interaction with alcohol, treatment with Addyi will only be available through certified health care professionals and certified pharmacies, said Woodcock. “Patients and prescribers should fully understand the risks associated with the use of Addyi before considering treatment.”

Sidney Wolfe, founder and senior adviser of Public Citizen’s Health Research Group, testified on June 4 before two U.S. Food and Drug Administration advisory committees urging the agency to reject flibanserin – as the agency did in 2010 and 2013.

In his statements, Wolfe said:

The U.S. Food and Drug Administration’s decision to approve flibanserin as a treatment for women with hypoactive sexual desire presents serious dangers to women, with little benefit, and recklessly disregards the worrisome risk information in the agency’s briefing package to the advisory committees that met on June 4 to review the drug.

It would not be surprising that after enough women have been seriously harmed by the “irreversible, or life threatening injuries” about which the FDA is concerned, flibanserin will have to be taken off the market. It is unconscionable that the FDA does not have the courage to prevent such damage from a drug with such a high ratio of risks to benefits.

The FDA’s analysis showed that women using the drug had an average of only half to one more “satisfying sexual encounter” every month compared to those using a placebo.

Meanwhile, the FDA’s list of serious risks includes abnormally low blood pressure and fainting. The agency noted that these could be experienced when flibanserin is taken alone or with alcohol, and that these side effects “can result in serious, irreversible, or life threatening injuries.”

The agency also noted that a study showed taking the drug with alcohol consumed over 10 minutes led to drowsiness, low blood pressure when standing up, and fainting. Although the study subjects were predominantly male – 23 of 25 subjects – the FDA stated that “[t]he effect of the combination of flibanserin and ethanol may be more pronounced in females.”

The FDA noted the difficulty of preventing alcohol use in women using the drug, saying that limits on such prevention would exist even with the implementation of a type of risk management plan intended to ensure that the benefits of prescription drugs outweigh their risks.

Unfortunately, we haven’t heard the last of this drug. Expect future news to include stories of women who are harmed needlessly by flibanserin and the eventual agency call for the manufacturer to pull it from pharmacy shelves.

Women who are interested in this drug should research it carefully to avoid the dangers Public Citizen has found and continues to warn regulators about.