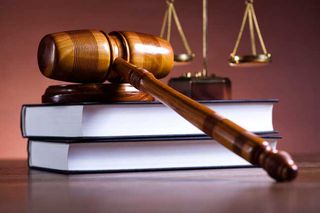 The Consumer Financial Protection Bureau is considering proposing rules that would ban financial companies from using arbitration clauses to block consumers from suing in groups to obtain relief in disputes.

Buried in many contracts for financial products such as credit cards, bank accounts, and student loans are arbitration clauses that require disputes to be settled by privately appointed arbitrators rather than the court system.

The clauses also usually block consumers from joining in groups to settle claims through the arbitration process.

“Consumers should not be asked to sign away their legal rights when they open a bank account or credit card,” Richard Cordray, director of the bureau, said Wednesday. "Companies are using the arbitration clause as a ‘free pass’ to sidestep the courts and avoid accountability for wrongdoing."

However, a consumer group said the bureau missed an opportunity to more fully protect people from unscrupulous companies that block their customers from going to court.

“The agency is not proposing to ban forced arbitration clauses – dangerous clauses buried in the fine print of contracts that take away our right to go to court if harmed by corporate bad actors,” said Lisa Gilbert, director, Public Citizen’s Watch Division. “In an arbitration proceeding, there is no publicly accountable judge or jury, and there is no right to an appeal. The arbitrators do not have to follow the facts or the law, and there is no public review of decisions to ensure the arbitrators got it right.”

Gilbert says the bureau doesn’t need to gather more information. It needs to look at the data it has and act now to protect consumers from forced arbitration, she said.

The 2010 Dodd-Frank Wall Street Reform and Consumer Protection Act directed the bureau to study the use of arbitration clauses and gave it the power to issue regulations to protect consumers.

The bureau’s study – released in March – showed that more than 75 percent of credit card consumers surveyed didn’t know whether they were subject to an arbitration clause in their contract. Fewer than 7 percent realized that the clauses restricted their ability to sue in court.

In a first step toward adopting new rules, the bureau has published an outline of the proposals under consideration in preparation for convening a Small Business Review Panel to gather feedback from small industry stakeholders.

The proposals wouldn’t ban all arbitration clauses. However, the clauses would have to say that they don’t apply to cases filed as class actions unless a judge denies class certification or a court dismisses the class claims.

In addition, the proposals would also require companies that use arbitration clauses to submit the arbitration claims filed by consumers and awards issued to the bureau. This information, which the bureau may post on its website, would allow the bureau to monitor consumer finance arbitrations and ensure that the process is fair for consumers, the agency said.