Home About Newsletter Categories Donate
Recall of the Week: Mazda vehicles due to grease in the contact points that could overheat and cause a fire
Join efforts to reduce energy consumption on Energy Star Day 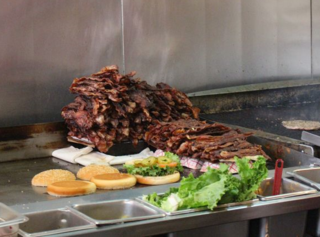 In the 1970s when I began writing consumer articles, I wrote a story about a researcher who said sodium nitrate in processed meats is a carcinogen. I asked him if, after his research, he stopped eating processed meat. He said, “Yes.”

Since then, I’ve drastically reduced my consumption of processed meat. Fortunately, bacon made without sodium nitrate is now available at our local co-op. I’ve cut down the amount of red meat I eat, too.

So, it wasn’t surprising to me that Monday a research committee of the World Health Organization announced ham, hot dogs, bacon, and other processed meats cause cancer. And, it also said that red meat probably causes cancer, too.

After reviewing scientific literature, a working group of 22 scientists from 10 countries convened by the WHO’s International Agency for Research’s Cancer Monographs Programme classified the consumption of red meat as probably carcinogenic to humans.

This association was observed mainly for colorectal cancer, but associations were also seen for pancreatic cancer and prostate cancer, the group said.

Processed meat was classified as carcinogenic to humans, based on sufficient evidence in humans that the consumption of processed meat causes colorectal cancer, the group said.

Meat consumption and its effects

Meat consumption varies greatly among countries, with from a few percent up to 100 percent of people eating red meat, depending on the country, and lower proportions eating processed meat.

The committee concluded that each 50 gram portion of processed meat eaten daily increases the risk of colorectal cancer by 18 percent. Two pieces of bacon is about 50 grams.

“For an individual, the risk of developing colorectal cancer because of their consumption of processed meat remains small, but this risk increases with the amount of meat consumed,” said Kurt Straif, M.D., head of the IARC’s Monographs Programme. “In view of the large number of people who consume processed meat, the global impact on cancer incidence is of public health importance.”