Recall of the Week: Mazda vehicles due to grease in the contact points that could overheat and cause a fire 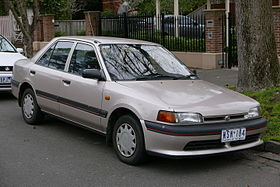 Mazda North American Operations is recalling 1.3 million vehicles in the United States because ignition switches could overheat, increasing the risk of a fire. Worldwide, 4.9 million vehicles are being recalled.

In the affected vehicles, grease applied to the contact points inside the ignition switch may become conductive and overheat.

Mazda said there have been no reports of accidents or injuries related to this issue. However, 13 fires have occurred, according an article in The New York Times.

Mazda knew about the problem seven years ago, according to information filed with the National Highway Traffic Safety Administration. However, it didn't take action until this year when Japanese regulators began an investigation.

Mazda will notify owners, and dealers will replace the ignition switch at no cost to owners, the company said.