Home About Newsletter Categories Donate
Let’s focus on breast cancer prevention, not awareness
Facts and figures for Halloween this year

What are the most popular Halloween costumes for 2015? 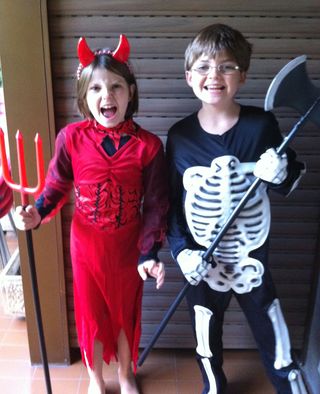 Funny costumes are the most popular costumes this year, edging out iconic/classic and minimalist costumes, according to Goodwill's National Halloween Poll.

Goodwill polled thousands of Americans by phone and in person to find out what's hot and what's not. The survey results:

For the second year in a row, respondents choose zombie, pirate, and vampire costumes as the most popular choices.

Update: Another survey offered information on Halloween costumes for children in 2015. The top Halloween costumes for boys and girls 17 and under will be superheroes for boys and princesses for girls, 12 percent each, according to a survey by the International Council of Shopping Centers. Superheroes also claim the number two spot for girls, 3 percent. For boys, the second-most popular costume pick is villains, 6 percent.