How did consumers do in 2015 in the battle with corporations? Corporations win – again

On Tuesday, I wrote about the biggest news stories for consumers in 2015. There wasn't much positive to report with lagging salaries for workers, more and more layoffs, increased mergers, record-breaking fines for corporations accused of fraud and deception, and lagging government services. And, 2016 doesn't look much better. With... Read more →

Top news stories for consumers in 2015

2015 wasn’t a very good year for consumers. Although the economy is improving slowly, consumers aren’t seeing the benefits. Salaries aren’t going up much with corporations and businesses, who have seen booming profits, keeping increasing profits for themselves. It’s not uncommon to hear news reports that corporations, across many sectors,... Read more →

What are your New Year’s resolutions for 2016? Is paying off your debts one of them? It’s a chore, I know. I wasn’t able to make much progress with it until I paid off my house. First, I put that money toward paying off my credit cards. That done, now... Read more →

Recall of the Week: Carrier packaged terminal air conditioners and heat pumps due to fire hazard

Carrier is recalling about 285,000 packaged terminal air conditioners and heat pumps. About 185,000 were recalled in November 2007. The power cord plug can overheat, posing a fire hazard to consumers, the company and U.S. Consumer Product Safety Commission said. Carrier has received reports of about 47 incidents of overheating.... Read more →

The merriest Christmas Day to you

Merry Christmas to you, if Christmas is a day you celebrate. I’m having a terrific visit with my daughter and her family. Last night, we had a wonderful soup and salad dinner with my daughter’s extended family followed by a gift exchange. This morning, we’ll open our gifts. Then, in... Read more →

Posted at 08:00 AM in Consumers, Food, Holidays, Relationships | Permalink | Comments (2) 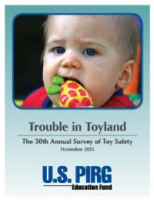 Dangerous or toxic toys can still be found on America’s store shelves, according to U.S. PIRG Education Fund’s 30th annual “Trouble in Toyland” report. Although progress has been made in toy safety, consumers need wary when shopping this holiday season, the group advises. Laboratory testing on toys found toxic chemicals,... Read more → 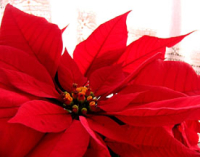 Laura Lee Carter of Adventures of the New Old Farts is the host for this week’s Best of Boomer Blogs #430. In the “Blogging Boomers Winter Solstice Edition,” Carter gives a report on what our bloggers are doing around the Solstice. They’re writing about Christmas miracles; how sunlight is fantastic... Read more →

Recall of the Week: Ace Bayou bean bag chairs due to suffocation and choking hazards 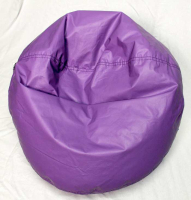 The U.S. Consumer Product Safety Commission and Ace Bayou Corp. are reannouncing a recall of about 2.2 million bean bag chairs sold from 1995 to 2013. Only 790 consumers, who purchased the bean bag chairs, have responded to the recall. The CPSC and Ace Bayou are urging consumers to install... Read more →

Customers of credit unions, banks operating mostly online, and smaller banks were more satisfied with their overall banking experience than those who do business with one of the nation’s four largest banks: Bank of America, Chase, Citibank, and Wells Fargo, according to a survey by Consumer Reports. Consumer Reports surveyed... Read more →

LifeLock will pay up to $100 million to settle Federal Trade Commission charges it violated a FTC order. Of the $100 million, $68 million will go to LifeLock consumers who were part of a class action lawsuit. Other funds will be returned to consumers by attorneys general or the FTC.... Read more →