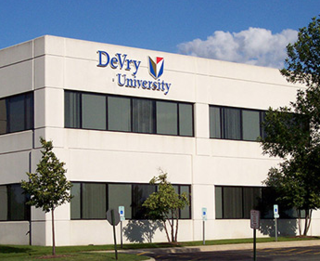 DeVry University, one of the nation's largest for-profit colleges, misled students about their ability to get well-paid jobs in their fields, according to a lawsuit filed Wednesday in federal court.

DeVry stretched the truth by claiming that 90 percent of their graduates who were actively seeking employment landed new jobs in their field of study within six months of graduation, the lawsuit said.

The FTC alleges that DeVry’s data doesn’t back up its claim. To get to 90 percent, the company counted graduates who had been working at their jobs for more than a year before graduating from – or even before enrolling at – DeVry.

Then, it also counted graduates who weren’t working in their field of study – for instance, a graduate who specialized in health services management working as a server at a restaurant.

In addition, it undercounted those “actively seeking employment” by considering only those graduates who were regularly using DeVry’s career services department.

DeVry also claimed that one year after graduation, the median or average earnings of DeVry graduates with bachelor degrees were 15 percent higher than the earnings of graduates from all other colleges and universities, as a result of attending DeVry.

Despite publicly available information and internal company data to the contrary, DeVry used unreliable figures that DeVry itself had reason to doubt, the FTC said.

If you’re thinking heading back to school, do your homework to be sure you know what you’re paying for, said Carol Kando-Pineda, counsel, FTC's Division of Consumer and Business Education.

For more information, check out Choosing a College: Questions to Ask.