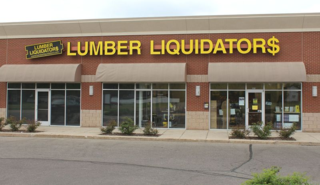 The possible health effects, including cancer, from exposure to formaldehyde emitted from laminate flooring samples were underestimated in an announcement made earlier this month, federal health officials said Monday.

The Centers for Disease Control and Prevention said the cancer risks to consumers who have installed the flooring made in China is three times more likely.

In addition to an increased risk of cancer, formaldehyde in the flooring could cause increased symptoms and other respiratory issues for people with asthma and COPD as well as eye, nose, and throat irritation for anyone, the CDC said.

The indoor air model used by the Agency for Toxic Substances and Disease Registry in tests had an incorrect value for ceiling height. As a result, the health risks were calculated using airborne concentration estimates about three times lower than they should have been.

The CDC said its recommendations on what consumers should do if they have installed the Lumber Liquidators’ flooring in their homes would likely remain the same. It strongly stresses consumers take steps to reduce exposures, which should alleviate respiratory and eye, nose, and throat irritation. These steps should also reduce the cancer risk, the agency said.

To reduce formaldehyde already in the home, the CDC recommends:

A CBS “60 Minutes” program in March 2015 on products made in China first reported high levels of formaldehyde in some Lumber Liquidator flooring.

The CDC has been testing laminate flooring made in China between 2012 and 2014 and sold at Lumber Liquidators stores in the United States to assist the U.S. Consumer Product Safety Commission in an investigation of formaldehyde levels released from these products.