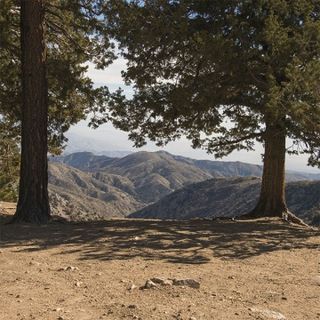 The new monuments, located in San Bernardino and Riverside counties about an hour from Los Angeles and an hour from Las Vegas, protect about 1.8 million acres of landscapes, wildlife habitat, historic resources, and cultural sites.

National monuments are similar to national parks, but have objects of historical, cultural, and/or scientific interest, so their content is varied. National parks are protected due to their scenic, inspirational, education, and recreational value.

"The California desert is a cherished and irreplaceable resource for the people of Southern California," said Secretary of the Interior Sally Jewell. "It is an oasis of nature's quiet beauty just outside two of our nation's largest metropolitan areas. Its historic and cultural resources tell the stories of armies, travelers, ranchers, and miners, and of the original caretakers of this land.”

"Sand to Snow's peaks and valleys have long provided physical and spiritual sustenance to native people," said Secretary of Agriculture Tom Vilsack. "Today, they are also an inspiration and recreational beacon to millions."

The national monuments, made up of existing federal lands, will be managed by the departments of Interior and Agriculture and the National Park Service.

The Sand to Snow National Monument is about 154,000 acres of federal lands, including more than 100,000 acres of already congressionally-designated wilderness, east of Los Angeles, Calif. The U.S. Forest Service and the Bureau of Land Management will manage it.

The monument includes desert oases, archeological sites, and 30 miles of the Pacific Crest Trail. It offers places for camping, hiking, hunting, horseback riding, photography, wildlife viewing, and skiing. The area is also known for its wildlife.

The Mojave Trails National Monument is 1.6 million acres of federal lands, including more than 350,000 acres of already congressionally-designated wilderness, managed by the Bureau of Land Management between Barstow and Needles, Calif. It includes mountain ranges, ancient lava flows, and sand dunes.

The Castle Mountains National Monument is 21,000 acres of federal land surrounded by the existing Mojave National Preserve and will be managed by the National Park Service. Part of the Mojave Desert, the area has flora, fauna, water, and historic resources.

Friday's announcement brings to 22 the number of national monuments established by Obama under the Antiquities Act, an authority exercised by 16 presidents starting with Pres. Theodore Roosevelt in 1906 and used to protect treasures such as the Grand Canyon, the Statue of Liberty, and Colorado's Canyons of the Ancients.

Obama has protected more than 265 million acres of public lands and waters – more than any other president.