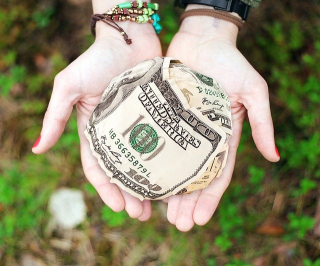 Last May, a lawsuit was filed against four sham charities by the Federal Trade Commission, along with all 50 states and the District of Columbia.

CFA, CSS, and their leader, James Reynolds Sr., have agreed to settle charges that, while those two groups claimed to help cancer patients, they actually spent the most of the donations on their operators, families and friends, and fundraisers.

Under the settlement order announced Wednesday, CFA and CSS will shut down and their assets will be liquidated. The order also imposes a judgment against CFA, CSS, and Reynolds of $75.8 million, the amount consumers donated to CFA and CSS between 2008 and 2012.

In addition, Reynolds is banned from profiting from charity fundraising and nonprofit work, and from serving as a charity’s director or trustee or otherwise managing charitable assets.

If you’re considering donating to a charity, do some research before you give, said Colleen Tressler, consumer education specialist for the FTC. By finding out as much as you can about the charity, you can avoid fraudsters who try to take advantage of your generosity. Tressler recommends that you:

The National Do Not Call Registry gives you a way to reduce telemarketing calls, but charities are exempt. However, if a fundraiser is calling on behalf of a charity, you can ask not to get any more calls from that fundraiser on behalf of that charity. Say “Please put me on your do not call list.” If those calls continue, contact the FTC. The fundraiser may be subject to a fine.