Home About Newsletter Categories Donate
Recall of the Week: Grosfillex commercial side chairs and armless bar stools due to fall hazard
Why won’t H&R Block give you an estimate on how much it charges to prepare your income taxes? 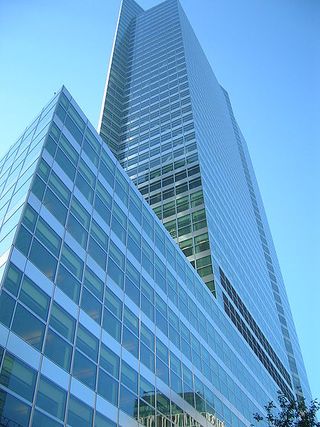 Goldman Sachs will pay $5.06 billion due to the bank’s deceptive practices leading up to the financial crisis of 2008.

The settlement requires Goldman to pay $2.385 billion in a civil penalty and $1.8 billion in relief to consumers, including relief to underwater homeowners and distressed borrowers for loan forgiveness and to affected communities for financing affordable housing.

Goldman will also pay $875 million to resolve claims by other federal and state agencies.

Investors, including federally insured financial institutions, suffered billions of dollars in losses from investing in residential mortgage-backed securities or RMBS issued and underwritten by Goldman between 2005 and 2007.

The settlement was negotiated through the Residential Mortgage-Backed Securities Working Group, a joint state and federal working group formed in 2012 to investigate wrongdoing in RMBS market leading up to the financial crisis.

This settlement, like previous ones, ensures that programs – such as mortgage assistance, principal forgiveness, and code enforcement – will continue to be funded in the future and will be paid for by the institutions responsible for the financial crisis, said New York Attorney General Schneiderman, co-chair of the working group.

The settlement includes a statement that describes how Goldman Sachs made representations to RMBS investors about the quality of the mortgage loans it sold, its process for screening out questionable loans, and its process for qualifying loan originators.

However, despite these representations, Goldman Sachs securitized and sold RMBS backed by large numbers of loans from originators whose mortgage loans contained defects, said Schneiderman.

During its review of RMBS, Goldman Sachs received information indicating that significant percentages of the loans reviewed didn’t conform to the representations it made to investors. Goldman also received negative information on the originators’ business practices, but didn’t disclose it.

A Goldman employee overseeing the evaluation for a one loan pool said that the pool included loans originated with “extremely aggressive underwriting” and “large program exceptions made without compensating factors.”

Beginning in mid-2006, Goldman recognized that Fremont, a “key originator, was experiencing an increasing level of early payment defaults,” loans that borrowers had failed to make one or more of their first payments on. Goldman was aware that the early payment defaults were a sign of originators’ bad credit decisions and could be indicators of potential borrower fraud.  However, Goldman didn’t put Fremont on its “no bid” list and continued to purchase loan pools from Fremont during the period Fremont’s early payment defaults claims remained unpaid.

In addition, Goldman “undertook a significant marketing effort” to tell investors about what Goldman called Fremont’s “commitment to loan quality over volume” and “significant enhancements to Fremont underwriting guidelines.”

In addition to the settlement with Goldman Sachs, the RMBS working group has reached settlements with four other major financial institutions since 2012: