Recall of the Week: Chrysler cars and SUVs due to gear selection defect 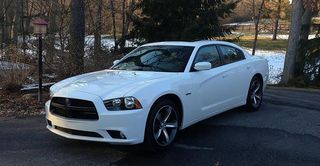 Fiat Chrysler is recalling about 1.1 million cars and SUVs.

The gear selector is confusing, making it easy for drivers to forget to select “Park” before leaving the vehicle. As a result, the vehicle could roll away.

Vehicles with electronic shift levers on their consoles have the problem. They spring back to the same position after being shifted. Drivers can't tell by looking at the shifter's position whether it’s in park. Instead, they need to depend on indicator lights.

The company has received 41 reports of injuries that may be related to this kind of error.

About 812,000 vehicles are being recalled in the United States, with about 288,00 in other countries.

To fix the problem, Fiat Chrysler will change how the gear selector operates at no cost to consumers. The automaker also said it will enhance the warnings and modify the settings in the transmission so the vehicle won't move under certain conditions if it’s in park.