Why won’t H&R Block give you an estimate on how much it charges to prepare your income taxes? 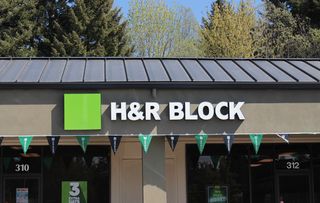 Because preparing my income taxes is a challenging chore for me, I thought I’d try having H&R Block help me this year.

I’d tried the firm about 10 years ago when I had an unusually complicated return after my mom passed away. I remember I was disappointed with H&R Block. The woman who prepared my taxes said it wouldn’t cost very much. However, when she told me the cost, I thought it was too much.

This year, I called H&R Block to ask what I’d be charged to have my taxes done. The receptionist wouldn’t give me an estimate. She said I’d need to bring my forms in so they could look at them.

So, I prepared my taxes. Then I went to H&R Block, and I sat down with one of their tax preparers. I handed him my forms and asked him what the cost would be. He said he couldn’t tell me, but he’d let me know at the end. He said I wouldn’t be obligated to pay anything, if I thought it was too expensive.

He spent about 45 minutes entering my information into the computer. When he finished, he said it would cost $472 for preparing my taxes. I was stunned.

I think that H&R Block doesn’t give you an estimate because they want to get you to come in and see if they can trick you into paying a high fee. I think H&R Block uses a type of bait and switch marketing.

I paid the $472. I just didn’t want to deal with my taxes any more. I’m sure there are a lot of people like me.

I’m going to file complaints with the Washington State Attorney General’s Office and the Federal Trade Commission. It will be interesting to see what they have to say, if anything.

As a journalist, I have a small business. That means I fill out Schedule C for business expenses. I also have the 1040 form and schedules A and B.

Since H&R Block appears to charge by how many forms and schedules you have, it should be able to say it will cost you about $400 for the 1040 form and three schedules.

What to do next year? I tried TurboTax in 2013. I spent hours using the program. It didn’t have the same categories for items as I’ve used before, so I spent a lot of time recalculating things to put in the required spaces.

For years, I relied on an accountant. I’d prepare my income taxes, and she’d go over them to make sure I didn’t make any mistakes. However, when she retired, I had to think of something else.

I tried the free service from AARP for a while, but some of the tax preparers were rude.

I think I’ll try to find an accountant to work with in the future. Wish me luck. I’m so disappointed with H&R Block.