Facts and figures for July Fourth 2016 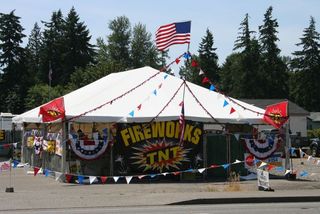 What are your plans for the Fourth of July this year?

Here’s a look what Americans will be doing to celebrate the holiday plus some facts on the important day.

This is the highest Fourth of July travel volume on record and 5 million more travelers compared to Memorial Day weekend. Lower gas prices are encouraging people to travel more.

Travel by other modes of transportation, including cruises, trains, and buses, will increase two percent to 3.3 million travelers.

The average family will spend about the same on Independence Day cookouts and picnics this year as last, but with more Americans celebrating the holiday, total spending should be slightly higher, according to a survey prepared for the National Retail Federation.

The survey found that an estimated 214 million people plan to celebrate the holiday, which will result an expected total spending of $6.8 billion, up 1.4 percent from last year.

Consumers will spend an average of $71.34 per household on food for barbecues and picnics, about the same as last year’s $71.23.

Among those surveyed, 65 percent plan to attend a cookout/barbecue/picnic while 43 percent will watch fireworks or join another community celebration and 12 percent will attend a parade.

The survey also found that American families are well-stocked on patriotic items: Nearly two-thirds own a U.S. flag, half own patriotic-themed apparel such as T-shirts and hats, and a third own patriotic decorations. However, 25 percent plan to purchase more of these items for the holiday.

In a report, “Fourth of July 2016 By The Numbers,” WalletHub, a personal finance website, facts on the holiday, plus a Q&A on the do’s and don’ts of holiday spending. Highlights from the report are:

Discounts of up to 97 percent will be available at Independence Day sales, according WalletHub Fourth of July report.

WalletHub compared the discounts offered by 21 of the largest U.S. retailers, resulting in a list of 370 savings opportunities worth nearly $63,000. Here are some of the highlights: