Donald Trump: The return of the ugly American 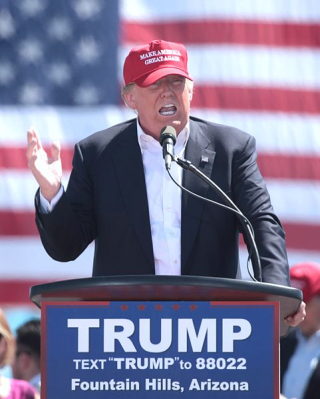 When I traveled to Australia in 1966, I was very aware that the “ugly American” had become to be known as a "loud and obnoxious" type of visitor from America to another country.

The term came from a novel, published in 1958, about the failure of members of the U.S. diplomatic corps, who were insensitivity to local language, culture, and customs and refused to integrate into the community.

I tried not to be loud and obnoxious when I traveled and when I lived in Australia for two years, and the Australians I met told me I wasn’t like some of the irritating Americans they’d met in their country and their travels in Europe and other places.

So, now we have Donald Trump running for president.

It’s incredible to me that he’s been able to garner the nomination of the Republican Party.

Trump is loud and obnoxious. Maybe he learned as head of his Trump Industry that he could bully people and do whatever he wanted because he’s the boss.

But, what I don’t understand is how he thinks he can be rude, racist, misogynistic, homophobic, anti-immigrant, and more and get the majority of the people in the nation to vote for him.

Trump has reestablished the term, the ugly American. It’s unfortunate, embarrassing, and shameful to the American people. The British Parliament even debated whether to bar Trump from traveling to their country.

I hope the voters will give Trump a huge “No” vote November. However, I think it will be years be this new phase of the ugly American renewal will be forgotten by those in other countries and in the United States, too.