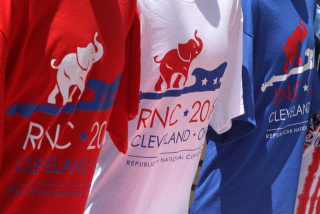 The Republican Party, the party of the wealthy, has been waging a war for decades to convince the American public that government is bad. With smaller government and weak regulations, capitalists can make even more money.

Reagan’s hate of government was a great departure from President John F. Kennedy’s request that all Americans be involved in government. In his 1961 inaugural address, Kennedy said: “And so, my fellow Americans: ask not what your country can do for you – ask what you can do for your country.”

The 1980s brought us Rush Limbaugh and other “shock jocks,” and the 1990s Fox News. A recent study showed Fox News tells the truth only 18 percent of the time.

The American public is being deluged with negative information about government – all so the rich can get richer. It’s been going on for decades. The unfortunate thing is that millions of Americans are believing it.

If you read my blog regularly, you know that I write about what’s happening in consumer news. I often write about settlements companies make when they violate state and federal laws as well as offering consumer tips.

Just this week, I wrote about new guidance from the U.S. Department of Education on student loan practices and lawsuits by three states against Volkswagen, charging executives covered up diesel emissions cheating.

Smaller government and fewer regulations? Will this help American consumers in their daily lives? Not at all.

Weak government regulations were one cause of the Great Recession of 2008. During the administrations of President George W. Bush, I worked for a state agency in Washington state focused on community development. We heard over and over again about predatory lending – a push to sell homes to low-income people. The federal government did nothing to stop it. Nor were federal laws strong enough to prevent banks from bundling sub-prime loans and selling them as mortgage-backed securities. Later, they’d be called toxic assets when they couldn’t be sold.

So, don’t fall for the Republican line that smaller government and fewer regulations will help you. We all know by this time that Reagan’s trickle-down economic theory, where you give companies tax breaks and reduce regulations, doesn’t work. The rich get richer and the poor get poorer.

We need to get back to the American value of everyone participating in government to make it work as effectively as possible. Hate for a basic institution in our daily lives, especially government, isn't workable.