Risky lending on the rise – again 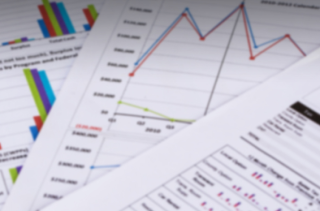 The latest review of business lending shows the level of low-rated loans is higher than in previous periods of economic expansion.

This raises concern that future losses and problem loans could rise considerably in the next credit cycle, the Board of Governors of the Federal Reserve System, Federal Deposit Insurance Corporation, and Office of the Comptroller of the Currency said Friday about their latest review.

The increased level of risk observed during the latest review, covering the first three months of the year, found increasing levels of risk in leveraged loans to highly indebted companies, such as those bought by private-equity firms and oil and gas portfolios.

“The same month that the two major political parties called for the restoration of Glass-Steagall in their presidential platforms, bankers are returning to some of the same risky business practices that crashed the global economy in 2008 and caused the Great Recession,” Naylor said.

Financial regulators need to shut down Wall Street’s dangerous and reckless practices before those practices trigger another spectacular meltdown, he said.

“The warning signs couldn’t be any clearer,” Naylor said. “Regulators must act now.”

Some banks that are returning to subprime lending, risky loans made famous as the 2008 financial crisis unfolded, have a new name for them. They’re calling them “near-prime loans.”

Near-prime loans are the best in the subprime category. J.P. Morgan Chase, Wells Fargo, Bancorp, and TD Bank are among the banks issuing them.

See the article “Banks Have a New Phrase for Risky Customers: ‘Near Prime’” for more information.

Recently, many borrowers are faced with the problem of repaying loans.

Last year I took a loan and literally three months later I was fired from work. I did not know how I would pay the loan and began to look for information on how to get out of this unpleasant situation on the Internet. So I managed to find debt relief https://debtquest.com/services/debt-relief/ thanks to this information I was able to solve my problem