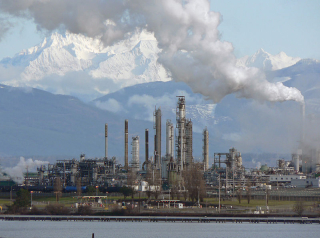 Under the settlement, the two companies will spend about $403 million on pollution control equipment, and Tesoro will pay about $12 million for environmental projects in communities impacted by pollution, the Department of Justice and the U.S. Environmental Protection Agency said Monday. Tesoro will also pay a $10.45 million civil penalty.

“This settlement, achieved in partnership with states, will benefit the air quality in communities across the Western United States,” said Assistant Attorney General John C. Cruden for the Justice Department’s Environment and Natural Resources Division.

“The advanced technologies Tesoro and Par are required to implement are the future for protecting people from toxic air emissions,” said Assistant Administrator Cynthia Giles for EPA’s Enforcement and Compliance Assurance. “This settlement puts new enforcement ideas to work that will dramatically cut pollution and protect communities.”

When the companies install the pollution controls required, annual emissions reductions at the six refineries will total an estimated 773 tons of sulfur dioxide, 407 tons of nitrogen oxides, 1,140 tons of volatile organic compounds, 27 tons of hazardous air pollutants, 20 tons of hydrogen sulfide, and the equivalent of 47,034 tons of carbon dioxide, which is a greenhouse gas, the EPA said. Many of the reductions will occur in areas with air quality problems and protect people with respiratory illnesses or those at risk.

Under the settlement, greenhouse gas emissions from flaring at the six refineries will be reduced by more than 60 percent, the EPA said.

Leaks, flares, and excess emissions from refineries emit toxins that are known or suspected to cause cancer, birth defects, and seriously impact the environment, officials said. SO2 and NOx have many adverse effects on human health and are significant contributors to acid rain, smog, and haze. Refineries also emit greenhouse gases that contribute to climate change, as well as VOCs.

The settlement incorporates the latest technological approaches to reducing flaring and making the flaring that does occur as efficient as possible, Cruden said.

There will be a 30-day public comment period on the settlement filed Monday.