Home About Newsletter Categories Donate
Drunk driving: Which states are the strictest and most lenient
Watch out for scam artists using fake political schemes

Surprises from my garden

I love my garden and the organic vegetables it produces. It reminds me of the old days when I grew up on farms in Central Washington. 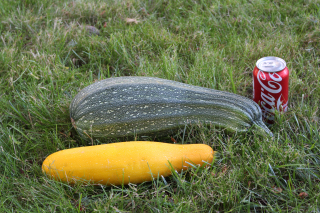 Before I went on vacation, I carefully picked all the zucchinis and ate them so I wouldn't have any huge ones when I got back. Or, so I thought. I missed one, the green one, that was hidden under a big zucchini leaf. The Coke can is for reference. 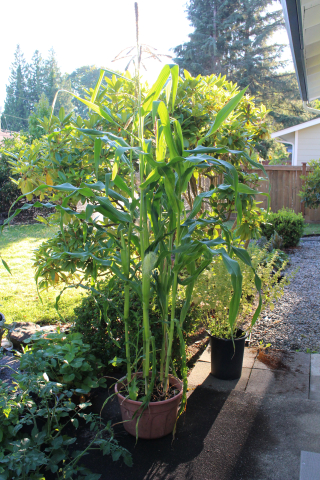 The corn is gigantic and is forming ears. This was an impulse item on sale at the co-op. I think it's popcorn. 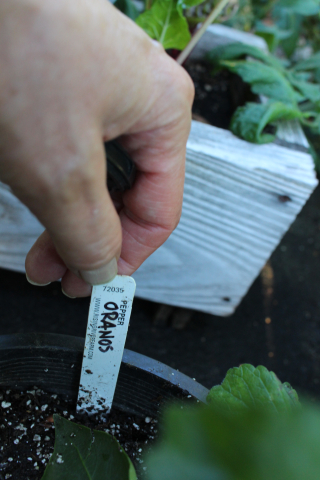 The person at the co-op's garden store assured me this was a regular pepper, not a hot one. 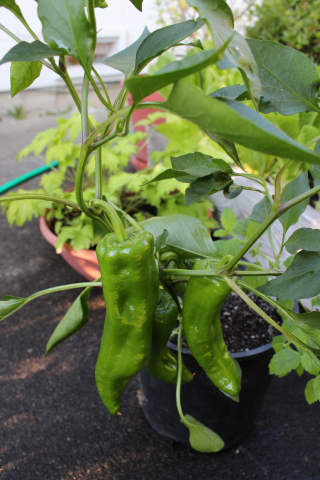 I look it up. It must be mismarked. Oranos peppers are sweet, but orange. They're pointed, so I'll have to take a taste. 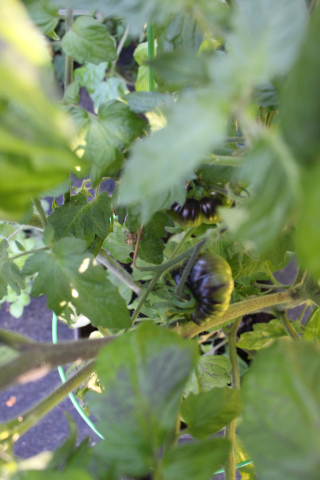 These tomatoes are dark on top. I wonder what they are and if they'll ripen up. Always the big question with tomatoes. 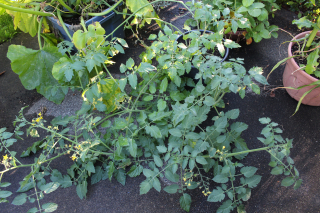 My neighbor gave me this tomato plant, which was a volunteer. She thought it was a cherry tomato, but it seems more interested in becoming a huge, green plant rather than producing tomatoes. She said hers aren't producing tomatoes yet, either. 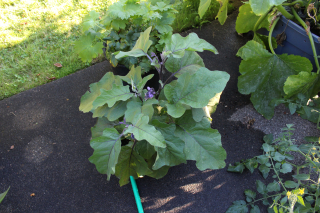 I grow one eggplant plant a year. So far, this year, I just have blooms. 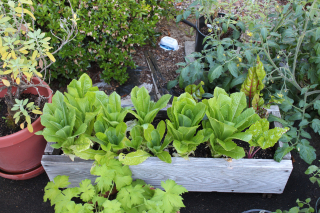 Here's lettuce, another impulse item on sale at the co-op. I cut it twice for salads when my daughter and her kids were here. It looks like I'll get several more servings. 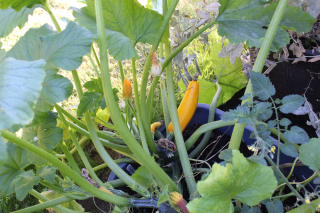 Oops. Another yellow zucchini emerging. I'd better dig out my zucchini recipes quick. 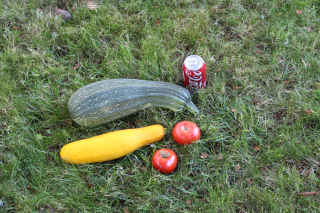 I harvested my first two tomatoes yesterday. I also bought bacon for bacon and tomato sandwiches. BLT. I've got it all. 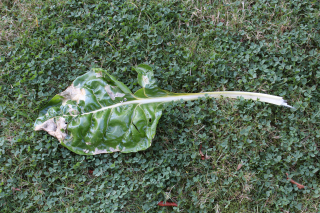 Some of my Swiss chard is ruined from this brown something. Do you know what it is? Anyway, I still have plenty. I cut some and it was so big, I stuck it under my arm when I harvested some kale. 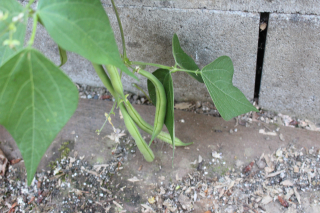 I just noticed I have beans now. I need to keep an eye on them because they can get too tough fast. 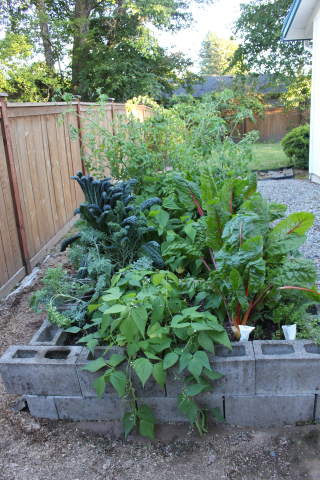 Here's my garden, Swiss chard on the right and kale on the left. My neighbor thinks my garden does so well because the concrete bricks hold in the heat. I ordered the bricks several years ago but I didn't know they'd be so heavy. I had to hire my friend to build it for me because I couldn't lift them. 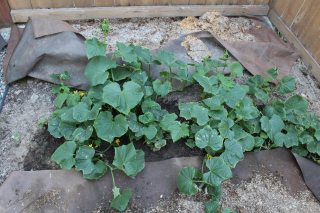 The cucumbers have been slow this year. Two years ago I had cucumbers in this spot and I got a couple of dozen nice-sized cucumbers. This year I didn't use manure. I used a vegetable compost from the co-op. 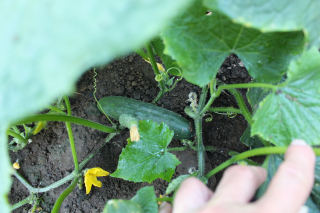 Here's the first cucumber. I get dive bombed by some bugs, so I come in about 8 p.m. When I come in, I have two welts on my face. Probably mosquito bites. I need to get in earlier.