Home About Newsletter Categories Donate
Baby boomer bloggers are busy, busy, busy
Yahoo hacked: What to do if you have an account 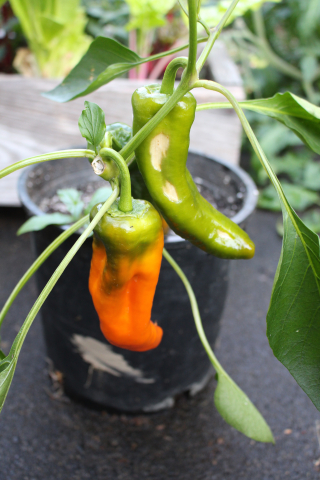 Last year, I planted what I thought were sweet green peppers. They were narrow and pointed, and a friend told me they were hot peppers. I gave them to her.

This year, when I went to the co-op to buy seedlings, I asked the sales associate about the pepper plants to make sure they weren’t hot peppers. She assured me they were sweet peppers.

As the summer progressed, I was worried about the peppers that were growing. They were green and pointed. I looked up the name of the peppers, which was on the identification stick. It showed they were orange, but it said they were sweet peppers.

I wanted to make Stuffed Green Peppers, a dish my mom made quite often when I was growing up – but you can’t stuff a long, thin pepper.

So, I looked on the Internet and found this recipe: Inside-Out Stuffed Peppers.

Darlene Brenden said on the Taste of Home website that her daughters didn’t like the way the meat and rice mixture is usually stuffed inside big green peppers. So they added a chopped pepper to the other ingredients. 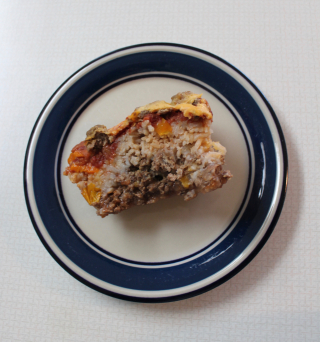 In the recipe, you brown the hamburger, put it in the bottom of a casserole, then add the other ingredients. It turned out very well, but it was unusual because the rice was all in one layer. Maybe the recipe should have said to mix the ingredients.