Big drop in IRS scam reports since raid in India 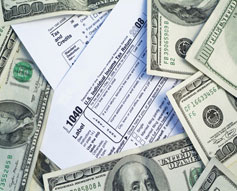 The top scam reported to the Better Business Bureau is the tax scam, also known as the IRS scam, which was responsible for about one in four reports to BBB Scam Tracker during its first year of operation. However, the BBB has seen a drop in new reports on this scam since police in Mumbai, India, raided a call center earlier this month.

In the tax scam, call center con artists pose as IRS agents in the United States and Canadian revenue agents in Canada. They threaten their targets with financial penalties, lawsuits, and arrest if they don’t pay the back taxes they supposedly owe.

Each week, the BBB Scam Tracker received about 200 reports on tax scams. The number dropped to 11 reports of this scam in the past week, nearly a 95 percent decline.

About 770 employees were working at the Mumbai call center when the midnight raid was conducted, according to news reports. Seventy were charged with fraud and other crimes.