Baby boomer bloggers are happy the election is over. One is celebrating her new book, and another her grandchildren. An easy chestnut stuffing delights a third boomer blogger, while a fourth writes about how to stay cool after the election. A fifth expresses concerns about the make up of Trump’s... Read more →

Sabra is recalling hummus products due to possible listeria contamination

Sabra Dipping Co. is recalling the majority of its hummus products due to concerns over Listeria monocytogenes, which was found at the manufacturing facility but not in products that were tested. The recalled hummus was made before Nov. 8, 2016. The products were distributed to retail outlets, including food service... Read more →

Photo: Gage Skidmore Donald Trump has agreed to settle lawsuits charging that Trump University, which is no longer operating, used high-pressure sales tactics and employed unqualified instructors. Under the agreement, Trump will pay $21 million to settle the two California class-action suits and $4 million to settle a lawsuit with... Read more → 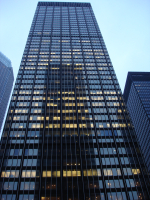 Photo: Wikipedia JPMorgan Chase has agreed to pay more than $130 million to settle Securities and Exchange Commission charges that it won business from clients and corruptly influenced government officials in the Asia-Pacific region by giving jobs and internships to their relatives and friends. JPMorgan also is expected to pay... Read more →

Attempts to gut consumer and investor protections under a Trump administration would encourage those who exploit Americans, attorney general says 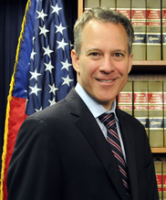 Despite the fact that Donald Trump pledged during his candidacy to “drain the swamp” in Washington, D.C., a list of the reported members of Trump’s transition team, compiled by Public Citizen from press reports, shows that’s full of industry insiders. The names don’t include the transition leadership – largely made... Read more →

Since Republicans hate poor people, why are they rushing to make millions more poor?

About eight years ago, I figured out Republicans hate poor people. Now, it looks like they're going to adopt policies that will increase the number of poor people substantially. One of my big concerns after the Trump election is for older Americans, since I’m one myself. Paul Ryan, speaker of... Read more →

Baby boomer bloggers are upset about the election, mostly 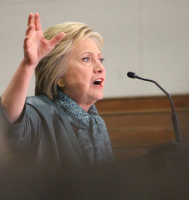 Well, I just cleaned off my Desktop, relegating my photos of this election to files. Do I feel better? No. I’ve been predicting Hillary Clinton would win the election for two years. I didn’t see how, because the attacks on her seem to be continual. However, when Donald Trump was... Read more →

Kidde is recalling about 5.1 million smoke/CO alarms due to alarm failure 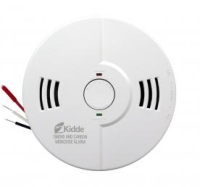 Kiddie is recalling about 3.6 Kidde NightHawk combination smoke/carbon monoxide alarms in the United States and 1.5 million in Canada. The alarm can fail to continue to chirp when it reaches its seven-year end of life if the batteries are replaced, leading consumers to believe it’s still working. This poses... Read more →

Baby boomers are among the many veterans who have served their country. One estimate is there are 9.5 million boomer veterans in America. Many speeches are given on Veterans Day about the contributions soldiers are making and have made to our country. However, this year I’m worried about what will... Read more →