After Christmas sales are starting as early as Dec. 20 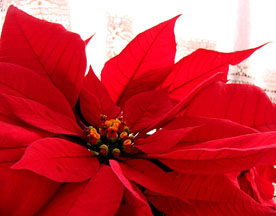 In 2012, "After Christmas" sales started appearing on Christmas Eve.

The sales have steadily crept back since then, according to DealNews.com. Last year an "After Christmas" sale from Macy's started on Dec. 20, with orders still guaranteed for pre-Christmas delivery.

Although most After Christmas sales still fall between Christmas and New Year's, tapering off through the month of January, many stores and websites are offering them earlier.

For the After Christmas sales, here are five good product categories DealNews.com suggests you watch for after looking at what was offered last year:

You’re likely to find lot of excellent clothing deals after Christmas, from winning single-item deals — such as four pairs of Dockers men's pants for $60 — to the best sales all year from a large variety of clothing retailers.

There will be some fitness deals if you're trying to make good on your New Year's resolutions.

About 31 percent of electronics deals last year during these sales were excellent. Many stores offered large sales on refurbished items. Another good deal was the best price DealNews.com had seen for a prepaid iPhone 5s, $150.

One category of electronics stands out as a hot post-holiday buy: cameras. During After Christmas sales last year, 37 percent of camera deals were excellent. Canon offered some of the best deals DealNews.com has seen on both refurbished and new models in late January.

About 56 percent of the bargains DealNews.com came across during the After Christmas sales last year were excellent. For PC gamers, Steam's Winter Sale usually kicks off a few days before Christmas and continues through the New Year; Amazon frequently offers deep deals on PC games alongside it.

For console gamers, there's GameStop's "buy two, get one free" used item sale. It arrives just before New Year's and is the best sale on used items the store offers each year.

As we all know, the After Christmas sales for seasonal products are excellent. You can find many stores cutting prices by 75 percent or more. Last year, Lowe's cut up to 90 percent off. Although you'll have to wait a while to enjoy the 6-foot, pre-lit tree you bagged for $25, or the light strands you picked up for $2 each, it'll be worth it.