American Airlines: Be wary if you’re going to try its WiFi offer 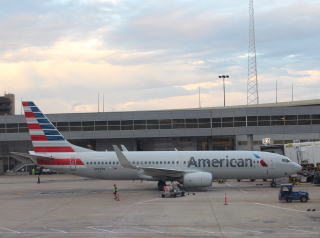 Since I'm a blogger, I decided to pay the $19 so I could write articles during the long flight. I entered my credit card number and started working on an article. Just as I was ready to post my first article after about an hour of using the WiFi, the WiFi cut out. I don't know if it was related, but, due to the weather, the ride became bumpy at that time.

I tried to get back on the WiFi, but I wasn't able to access it using the user name and password I'd created. I asked the flight attendant about it several times. He said, “Oh, it's working, try again.” I tried again and again, more than a dozen times because I'd spent $19 to get use of the WiFi for the entire trip. It never worked again.

When we were toward the end of the trip, I tried again because I thought being over land might make a difference. Then, I couldn't even get the menu where you enter your user name and password. My computer just continued to search for a WiFi.

I have a new computer, a Macbook Pro that I bought this spring. So, it wasn’t a computer problem.

I'm an unhappy consumer. I sent a complaint to American Airlines asking for a refund of my $19. The airlines shouldn't be advertising WiFi service if it doesn't work. Flight attendants shouldn't keep telling customers to keep trying it when it never works.

After filing my complaint, I received a message from American Airlines right away saying I needed to file a complaint with Panasonic Avionics. They must get so many complaints that they’ve set up an automatic message about it. Talk about passing the buck.

So, I send an email to Panasonic Avionics. I’ll keep you posted about the result.

Update: I received an email from Panasonic Avionics Friday that it was refunding my $19. I'm grateful for that, but Panasonic didn't address why the WiFi didn't work.