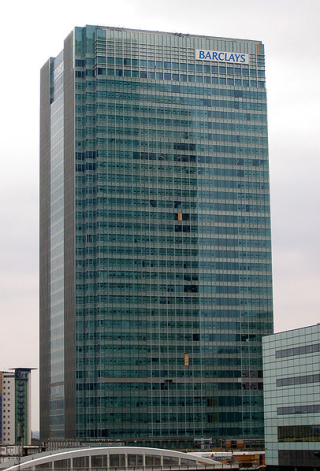 Barclays Bank and several of its U.S. affiliates are being charged with taking part in a fraudulent scheme to sell residential mortgage-backed securities supported by defective and misrepresented mortgage loans.

From 2005 to 2007, Barclays employees misrepresented the loans backing securities they sold to investors throughout the world, who incurred billions of dollars in losses as a result of the fraudulent scheme, according to a U.S. Justice Department lawsuit filed Thursday.

“Financial institutions like Barclays occupy a position of vital public trust,” said Attorney General Loretta E. Lynch. “Ordinary Americans depend on their assurances of transparency and legitimacy, and entrust these banks with their valuable savings.”

“The widespread fraud that investment banks like Barclays committed in the packaging and sale of residential mortgage-backed securities injured tens of thousands of investors and significantly contributed to the Financial Crisis of 2008,” said Principal Deputy Associate Attorney General Bill Baer. “Millions of homeowners were left with homes they could not afford, leaving entire neighborhoods devastated.”

The alleged scheme involved 36 RMBS deals, with more than $31 billion worth of subprime and other mortgage loans. In documents and in communications with investors and rating agencies, Barclays misrepresented key characteristics of the loans it included in the RMBS deals, according to the lawsuit.

The department alleges that in selling the deals, Barclays assured investors that it had excluded “unacceptable” loans and that the loans in the deals had been selected under guidelines that ensured the borrowers’ ability to pay. Barclays told investors that property appraisals were reliable, and the properties were worth enough to avoid loss if a default occurred, the complaint alleges. Barclays told investors that it conducted “robust,” “thorough,” and “comprehensive” due diligence on the loan pools it included in the securities, and that it didn’t include non-compliant, delinquent, or “scratch and dent” loans.

The statements were false, and Barclays’ due diligence on RMBS deals was a sham, according to the lawsuit. When it didn’t skip due diligence altogether, Barclays ignored or kept to itself results that showed many the loans in the deals didn’t conform to the representations it made to investors.

Barclays sought to maximize the number of loans bundled into securities, regardless of how poor the quality of the loans, the lawsuit alleges.

Barclays employees, including Menefee and Carroll, ignored or overrode these findings, waiving thousands of bad loans into the deals, according to the lawsuit. It also alleges Barclays even recycled into its deals defective loans it had kicked out of previous deals, without conducting any additional due diligence on the loans.

The deals were dismal failures because more than half of the underlying residential mortgages defaulted, the department alleges in its lawsuit.