My last article was on touring and tasting wine at Pares Balta near Vilafranca del Penedes in the Penedes wine region near Barcelona.

This article is on Codorniu and Gramona, two wineries we visited in Sant Sadurni d’Anoia, also in the Penedes region. 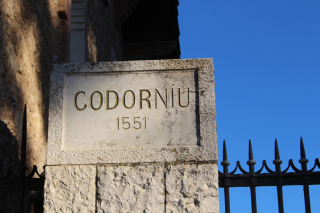 Touring the Codorniu winery in Sant Sadurni d’Anoia is an entirely different experience. While Pares Balta is a small winery, Codorniu is huge. Established in 1551, it’s the oldest business in Spain and one of the largest wineries in the world.

I selected Codorniu due to its size and because it offers tours in English.

In 1872, Codorniu made its first bottle of sparkling wine, called cava in Spain, using the traditional method and grapes from the area. It produces 70 million bottles of cava and wine each year. Fifty two percent of the cava is sold in Spain and 48 percent is exported.

Ninety percent of the cava made in Spain is from the Penedes region. 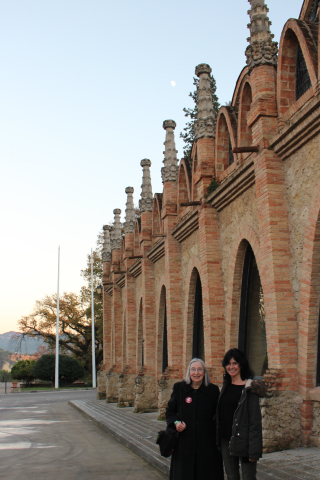 Built by Gaudi’s disciple Josep Puig I Cadafalch, the winery is a beautiful example of Catalan modernism. 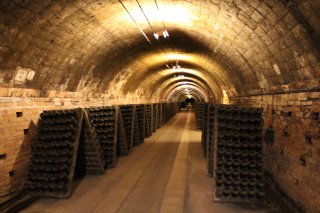 Codorniu’s cava cellars, built in 1915, are the largest in the world. They are about 25 miles in length.

The tour began with a video about Codorniu, its history and how cava is produced. Then we took a tourist train to a different part of the huge complex and walked down into the cava cellars. Our guide, Pep, explained how cava is made.

The tour ended with a ride through the caves on a different tourist train. 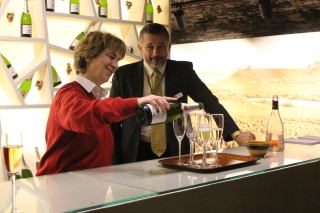 We tasted two cavas: Non Plus Ultra and Gran Codorniu 2013, both tasty.

I picked Gramona, also in Sant Sadurni d’Anoia, because a review said it produces excellent wine. It also is beginning to offer organic wine and practices biodynamic farming.

When we drove by the winery, I was disappointed the wine tasting wasn’t there. However, the Gramona facility in the town of Sant Sadurni d’Anoia is where the cava is made. That’s what I’m interested in.

The winery has about 250 acres of vineyards and grows 15 types of grapes, among them xarel·lo, parellada, chardonnay, pinot noir, macabeo, and gewürztraminer.

In 2015, Gramona hand watered the vines due to the lack of rain.

Gramona sells 85 percent of the wine it makes in Spain. It exports to Finland, Japan, South Korea, and the United States. 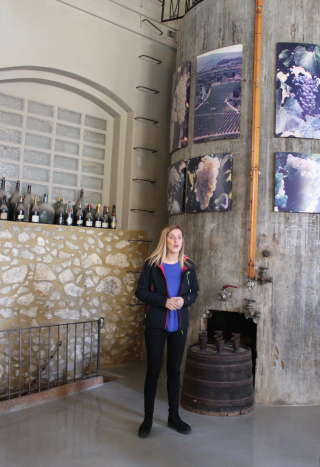 Gramona produces about a half million bottles of cava a year and a similar amount of wine. 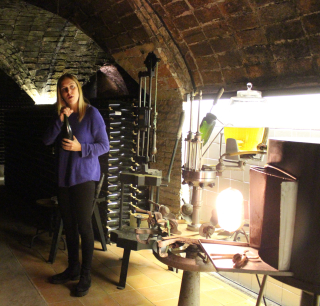 Although corks stoppers are eight times more expensive than metal bottle caps, Gramona is one of only two companies of 85 in the region that continues to use them during the second fermentation process. Our tour guide, Mireia Borrell said corks stoppers allow a tiny amount of oxygen in the bottle for proper fermentation, and they have tannins that add flavor to the wine. Gramona uses a cork stopper for the ageing of all of its cavas aged over 5 years, as well as for the Argent range. 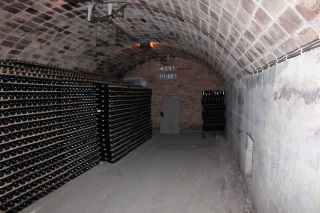 In its second fermentation, sugar and yeast is added to bottles of cava, which rest in underground cellars for nine to 15 months. For reserve brands, it’s 15 to 30 months. 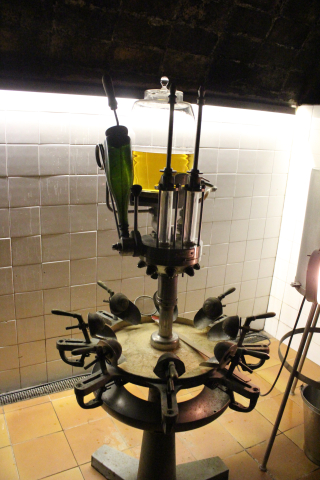 The bottles are turned a number of times, then stored upside down to get the sediment in the neck of the bottle. Gramona uses the traditional method for removing the sediment, which is dead yeast, from the neck of the bottle after the second fermentation. A specialist opens the bottle by hand. The dead yeast is expelled with a small amount of wine. Borrell said there are only five men in town who are skilled in this process.

Secret ingredients are added to the neck of the bottles, which are corked again then cleaned, labeled, and boxed for sale. 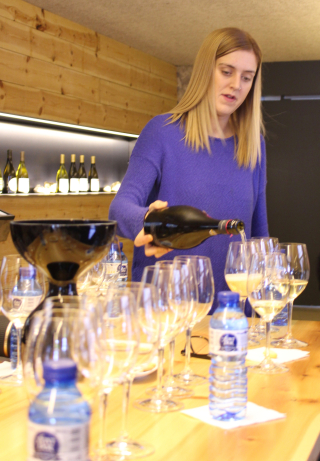 The cost of the tour and wine tasting is 15 Euros. Tours are in Spanish and Catalan. Inquire about the availability of English tours.