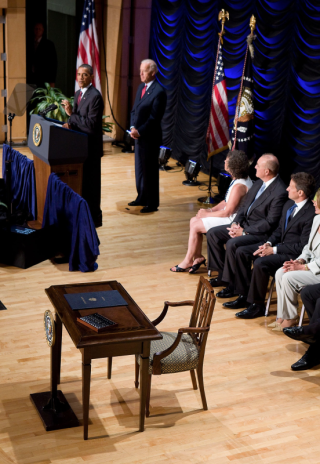 Republicans have been complaining about the Consumer Financial Protection Bureau since it was created to assist consumers in their financial transactions after the Great Recession of 2008.

In an effort to support the bureau, consumers groups are intervening in the lawsuit PHH Corporation v. CFPB.

They’re concerned that the Trump Administration may not uphold the Dodd-Frank Act reforms that created the agency and led to the recovery of billions of consumer dollars.

"We are committed to protecting the CFPB's independence, which is essential to stopping Wall Street and predatory lenders from fleecing American consumers,” Lisa Donner, executive director of Americans for Financial Reform, said Thursday. “Director Cordray has been an effective and tireless leader of the CFPB and should serve his full five-year term without the threat of removal by Trump at the behest of industry lobbyists.”

Other groups intervening in the lawsuit are the Center for Responsible Lending, the Self-Help Credit Union, The Leadership Conference on Civil and Human Rights, and the U.S. Public Interest Research Group. Maeve Elise Brown, executive director of the Housing and Economic Rights Advocates and chair of the bureau’s Consumer Advisory Board, joined the groups in the effort.

The motion to intervene is occurring as the bureau is waiting for the U.S. Court of Appeals for the District of Columbia Circuit’s decision to rehear a 2-1 panel decision, which the groups said erroneously ruled that the president may remove the bureau director without cause. The court has halted the panel decision while it determines whether to rehear the case before the full court.

“Since 2011, the CFPB has restored order to the financial marketplace, and consumers overwhelmingly support its efforts to rein in abusive practices,” said U.S. PIRG Consumer Program Director Ed Mierzwinski.

Interfering with that progress or efforts to roll back important consumer protection provisions will put the economy and middle class at risk of another financial crisis, Mierzwinski said.

“We stand ready to do our part to protect the structure of the CFPB and ensure Richard Cordray remains the bureau’s director until the end of his term,” he said.